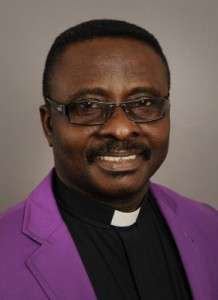 All Christians and Churches have been asked to pray for Nigeria’s security and economic challenges for seven days.

The Christian Association of Nigeria (CAN)  has embarked on a seven-day fasting and prayer session on behalf of the country.

According to Today, the aim of the programme is to pray for God’s intervention in the nation’s security and economic challenges.

Media Assistant to the CAN President, Bayo Oladeji, released a statement, detailing the prayer points, which include:

“Prayers against the economic hardship occasioned by the on-going.

As the church is under a siege in the country, we should pray for God’s intervention, because the battle is not against flesh and blood, but against principalities and powers – Ephesians 6:12

We should pray for CAN leadership that God should give them wisdom in this trying moment; we should also pray for CAN President as he speaks on behalf of the church of our Lord Jesus Christ, that God will empower him from above to speak fearlessly as he makes known the mystery of the gospel for which he is an ambassador – Ephesians 6: 19-20”

Oladeji also announced that the presidency has been invited to the grand finale.

“Both President Buhari and his deputy, Osinbajo have been invited by the CAN President, Ayokunle to participate in the grand finale of the programme on 21 November at the National Christian Centre,” he said

The spiritual endeavour began on November 15, 2016.