Can Christians Get Tattoos According To The Bible? Pastor Mark Driscoll Answers 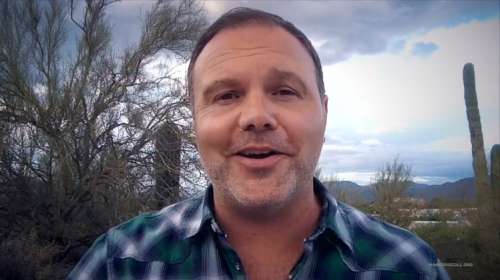 Tattoos are celebrated by some to be a creative
outlet for self-expression and individuality,
while others have quoted the Bible to oppose
body ink. Arizona-based Trinity Church pastor
Mark Driscoll attempts to answer this oft-
debated question: Is it OK for Christians to get tattoos?

In a video newsletter posted to his website this week, Driscoll said that while he doesn’t have
any tattoos, and neither do his wife and
teenage children, he isn’t opposed to them.
“I’m not against ’em, but [I] just don’t have
one,” he explained. There was, however, one
caveat.

“When it comes to tattoos, there’s only one
place in the Bible that seems to say you can’t
get a tattoo,” the pastor said, and referred to
Leviticus 19:26-30.

Driscoll explained the context of Leviticus 19
and how, in the days of the Old Testament,
some Christians took part in the cultish, ancient
pagan practice of marking and cutting their
bodies in order to be affiliated with “the realm
of the dead.”

He said that pagans of that time were, in
essence, branding themselves like cattle.

Leviticus 19:28 specifically spoke against that
practice: “Ye shall not make any cuttings in
your flesh for the dead, nor print any marks
upon you: I am the Lord.”

Driscoll clarified that that Scripture is not
referring to “just any old marking of the body
… What God’s people were not to do is brand
themselves as if they belonged to some pagan
god … God wanted His people to not be doing
things that were pagan and non-Christian, and demonic in nature.”

The Trinity Church pastor explained that many
of the prohibitive laws under the Old
Testament, such as those found in Leviticus 19,
which include civil, ceremonial and moral laws,
have been fulfilled by Christ and are therefore
no longer in effect. “That means we’re no longer under the law, we’re under grace and
the rule of Jesus.”

So what does it all mean? Driscoll says that
when it comes to Old Testament law it has to be
determined if it’s still binding today,
considering the cultural context of the time.
“I’m not saying that we don’t obey the Bible,
and I’m not saying that it doesn’t matter. I’m saying that when it’s fulfilled by Jesus, we’re no
longer under and obligated to it.”

The pastor challenged younger viewers to
determine why they want a tattoo and whether
or not getting one will honor their parents’
wishes. He asked those who are contemplating
a tattoo to take into account the nature of the
tattoo and whether it would be communicating something that was not Christian, or was
vulgar.

Otherwise, Driscoll said he didn’t see anything
wrong with a Christian getting a tattoo.

” … If you love Jesus, and you’re of age, and
your conscience is clear and you want to do it
as an artistic expression — or maybe even to
share your faith with a verse — I would say
then it’s between you and the Lord Jesus and I
would give it to conscience, and I don’t think there’s anything in Scripture that expressly
forbids it.”

He added, “There’s also nothing in Scripture
that expressly commands it. So it’s not
something you have to do. I don’t think it’s
something that you’re forbidden to do. I think
that it’s something, in relationship with the Holy
Spirit and wise counsel, you can do if you want to.”

Driscoll’s detailed exposition on tattoos as they
relate to the Bible is in keeping with his
comments last month that he’ll function as a
teaching pastor at his newly formed Trinity
Church.

Driscoll was once described as one of America’s
“most prominent and celebrated pastors” by
Forbes, but he resigned in disgrace as senior
pastor of Seattle-based Mars Hill Church in
October 2014 after a confluence of events
marred his reputation, including allegations of plagiarism and fostering an abusive work
environment. Two weeks after Driscoll’s
resignation, Mars Hill announced that it would
dissolve.