CAN Reacts To The Beating Death Of Bridget Patience In Kano, Calls On Northern Governors To Stop The Killings Of Christians In The Region 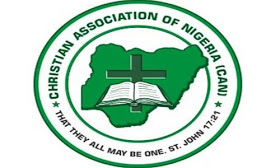 The Christian Association of Nigeria, CAN, have
condemned the beating death of 74 year old
trader, Bridget Patience, by Islamic fanatics at
Wambai market in Kano state on Thursday June
2nd and the attempted murder of a carpenter,
Francis Emmanuel in Kaduna state by some irate Muslim youths who attacked him for eating while
Muslims were fasting on June 7th.

The group made their stand on both issues
known after a meeting of the Southern Nigeria
Christian Elders’ Forum and the Christian
Association of Nigeria, South-East zone, in Enugu
state yesterday June 14th. In a statement signed
by the the group’s chairman, Most Rev. David Eberechukwu, CAN gave a strong warning that
such attacks should be stopped as nobody has
the monopoly of violence.

“How can Christians be treated like cows
and goats in the Northern part of Nigeria
with impunity while we claim that Nigeria is
a secular state? This is a sign of total
Islamization of Nigeria, which is very
dangerous to the corporate existence of the entity called Nigeria. The beheading of
Mrs. Bridget in Kano and the murder
attempt on Emmanuel in Kaduna should be
the first and last of such because no one
man or section has the monopoly of
violence and we must do everything to stop such from recuring. That every Nigerian has
the right to live anywhere in this country
and as well practise his religion in any part
of the country. That all the Muslims in the
South should as a matter of urgency speak
to their people in the Northern part to desist because if the killings continue, it will affect
everybody both in the North and in the
South. If God has brought us together, then
let us live in unity.”