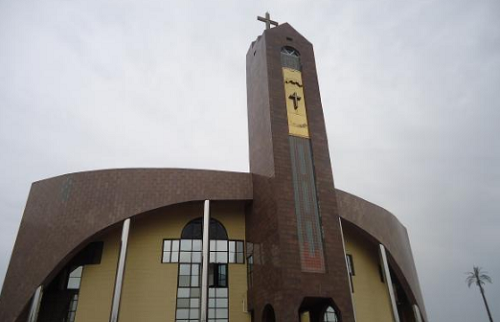 The Imo State Police Command has arrested four
Catholic priests and eight others for allegedly
masterminding the protest that led to the
shooting of the Ahiazu Mbaise Divisional Police
Officer, Mr. Danjuma Ragga.

Ragga, a Chief Superintendent of Police, was
allegedly shot by irate diocesan youths on
Saturday during the protest.

In a statement on Monday, the state Police Public
Relations Officer, Mr. Andrew Enwerem, said the
Vicar General of the Ezinihite Diocese, Reverend
Father Clement Ebii, had hosted the National
President of the Catholic Women Organisation of
the Saint Rose Catholic Church.

On getting the information, the youths, who
gathered at the Mater Ecclesiae Catholic Cathedral
in Ahiazu Mbaise LGA, had marched to the
Ezinihite parish to stop the hosting of the CWO
national president.

It was gathered that they set up bonfires,
barricaded the highway, and disrupted the peace
of the town.

To restore peace to the area, Ragga was said to
have drafted a team of policemen from the
division to urge the protesters to desist from
engaging in violence as the matter was being
looked into by the Catholic hierarchy.

It was gathered that the youths, led by a
reverend father, defied the appeal of the DPO as
they started hauling missiles at the police and
threatening to burn down police patrol vans.
They also allegedly threatened to disarm the
police officers involved in the operation.

It was alleged that the DPO was later shot in the
leg and hand during the protest. Further
attempts to restore peace were allegedly
rebuffed by the protesting youths.

Meanwhile, the state Commissioner of Police,
Taiwo Lakanu, said the command would not
tolerate a situation where youths would resort to
violence to settle differences.

He said, “I assure you that all those involved in
the shooting of the DPO will be fished out and
prosecuted. I, hereby, order that the cathedral be
put under lock and key to avoid further
violence.”