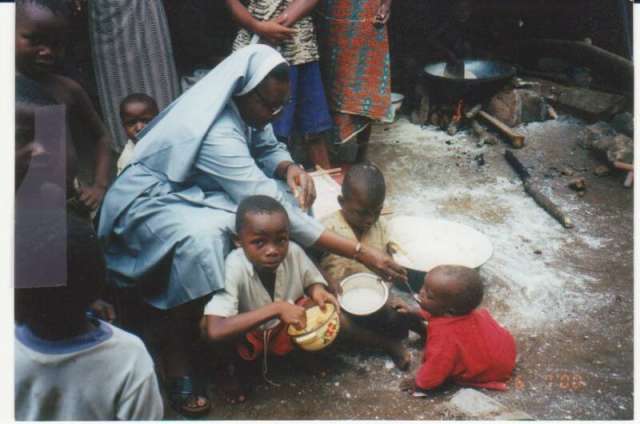 Couples for Christ (CFC) made the appeal at its maiden “Walk for the Poor’’ on Saturday in Lagos.

A Catholic family ministry group, Couples for Christ (CFC), has urged philanthropists to complement government’s efforts by providing and ensuring that the poor and less privileged had access to education.

The group made the appeal at its maiden “Walk for the Poor’’ on Saturday in Lagos under its “Answering the Cry of the Poor (ANCOP)’’ programme.

It noted that government alone could not provide education for all in the country, adding that the public had a role to play, especially the wealthy by ensuring that everybody was educated.

The group said that if people were adequately educated, they would contribute meaningfully to the development of the nation.

Rev. Fr. Sebastian Ukwuandu, the Chaplain of CFC, said that educating the poor would empower them to rise above poverty.

“It has been a very wonderful exercise, I think it is important to sensitise the public on the need to reach out to the poor.

“It is very important for us to know that poverty is all encompassing; the poor is not only those who are materially lacking but those lacking in education.

“A lot of Nigerians are poor; a lot of students that graduated from the university are without jobs, many of them end up as touts and armed robbers,’’ he said.

“Those of them that ended up under the umbrella selling recharge cards and as bus conductors are the lucky ones.

“I thank God that the church has risen up to the task of making sure that the gospel of helping the poor is preached.’’

The National Director of CFC Nigeria, Mr Bob Onwuliri, said the awareness programme was to let the masses to lend a hand to give education to the less privileged in the society.

“For you to preach to somebody that is hungry you have to take care of his stomach. In the past, we have been working on families, trying to reunite couples that have problem and trying to build a stronger family for God.

Mr Tony Umez, a Veteran Nollywood actor, said that everybody was deficient, adding that helping the poor to get education was the best the society could offer to them.

“But giving them good education, food, clothing and shelter will help to alleviate their sufferings and will not make them to be vulnerable to vices.

“When you open the school door, you close the prison door,’’ he said.

A media practitioner, Mr Effiong Nyong, called on well-meaning Nigerians to support the poor in order to reduce their suffering as a result of the current economic hardship.

He said the poor were always the vulnerable ones during any economic downturn.

He added that being wealthy was from God and people who God gave such gifts should use them to better the lives of the needy.

“All Nigerians should promote peace, unity and extend hands of friendship to the needy in order to improve on their living standard,’’ he said.

The News Agency of Nigeria (NAN) reports that CFC reaches the poor through its “Answering the Cry of the Poor (ANCOP)’’ which is an international programme.

NAN also reports that CFC is a Catholic family ministry that is active in over 100 countries, including Nigeria.

It is a local arm of a global organisation that works to uplift the lives of poor families through child education, shelter and humanitarian reliefs.

The walk, which started at SS Molumba and David Catholic Church Lawanson, Lagos, ended at the National Stadium.