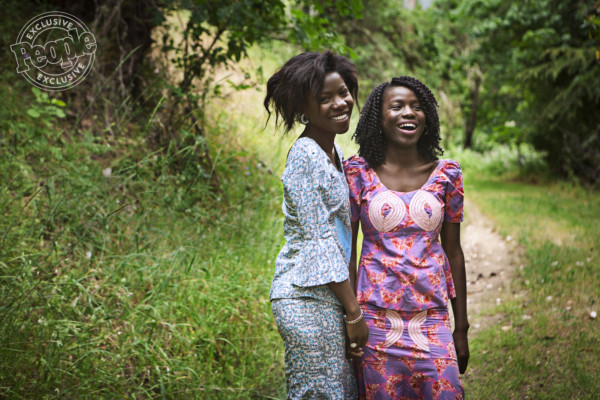 Remember the April 14, 2014 incidence that occurred in Chibok, Borno State, teenagersLydia Pogu and Joy Bishara, who were at the time in the boarding school shared their experience on the night of the attack.Joy toldPeople that they were resting after a festive evening dinner, dancing and catching fun before two men suddenly burst into the school claiming to be soldiers who would protect the girls.

He ordered them to group themselves which they complied to but after a while, more men arrived, firing guns into the air and shouting, “Allahu akbar!” (“God is great” in Arabic.) The girls recognised it as the battle cry of Boko Haram, the terrorist group that has killed thousands of Nigerians in recent years in a bid to create an Islamic state and wipe out Western education from schools.

Moments later, they were ordered to march down a dusty road and move into open-air trucks.

As the trucks zoomed off, the abducted girls had different thoughts in their mind… with jumping off the only realistic action to take. Lydia recalls a friend saying it was better to take the risk than to disappear forever and she jumped off first before Lydia did the same. Despite pains and bruises from the jumping, she headed blindly with speed into the thick bushes with her friend.

Joy and her two friends after a while also summoned the courage and jumped off.

Although they were covered in blood from their jumping, they kept running until they came upon a village where people had spent the night hiding in the bushes, fearing their homes would be burned, as Boko Haram had been there just hours before. The villagers pointed the girls toward a home and told them to “run in a zigzag,” says Lydia, because it would be harder for anyone to shoot them.

Meanwhile, Joy and her two classmates who were exhausted and afraid to stop running found a road, where they met a man on a motorcycle who took them home. Lydia and her friend were fortunate as well. They also met a man as they ran for safety who drove them back to Chibok.

They said they worried that Boko Haram would come back to get them prompting them to sometimes sleep outside where they felt it would be easier to hide. When the opportunity to finish school in America came knocking, they didn’t hesitate.

With help from a human rights group inVirginia, the Jubilee Campaign, they came to the U.S. in August 2014. They attended boarding school for two years in Virginia before they got transferred last summer to theCanyonville Christian Academy in Oregon.

This month, Joy, 20, and Lydia, 19, graduated from high school, and this fall, they will attend college at Southeastern University in Lakeland, Florida. They have a GoFundMe page to help with expenses. Both young women are looking forward, describing their educational opportunities as “a dream.”

During her emotional graduation speech, Joy said, “I forgive the people who hurt me. I have nothing against them. I am also praying for the return of my classmates to their parents