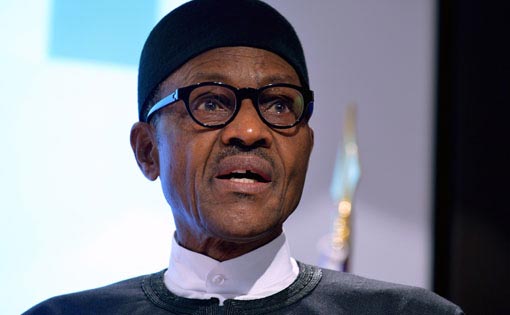 President Muhammadu Buhari has once affirmed
that his administration was determined to rescue
the remaining abducted Chibok girls unharmed.

He stated this at the breaking of  fast with
members of the diplomatic corps, Thursday night
in Abuja.

He further assured that he would continue to
tackle the security challenges.

The president regretted that the Boko Haram
activities had rendered many Nigerians orphaned
and homeless, saying “our main focus is to ensure
their safe return to their homes and rehabilitation
of their communities”.

The President also bemoaned the renewed
militancy in the Niger Delta region, reassuring the
diplomatic corps that the issue was being
addressed.

He, however, stated that “no amount of militancy
shall distract us from engaging with the region”.

Speaking on corruption, Buhari showed
appreciation on the international cooperation the
anti-corruption war had received, especially on the
recovery of looted funds.

Also speaking, the Minister of Foreign Affairs,
Geoffrey Onyeama, thanked the President, noting
that the breaking of fast meeting was an
opportunity to interact with the president.

Dean of Diplomatic Corps, the High Commissioner
of Cameroon to Nigeria, Salaheddine Abbas
Ibrahima, thanked the President for hosting the
diplomatic corps, the second time in the year.

He said “We wish for eternal peace for Nigeria and
may your efforts in the shortest time bring
prosperity to our people.

“Be reassured that the international community
will continue to provide the necessary support”.