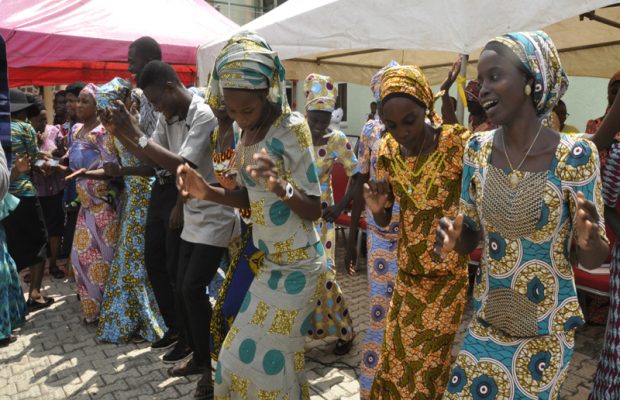 A Clergy, Pastor Bulus Baba of Kaya community in Chibok local Government Area of Borno state, has said that the story they received from the released Chibok girls during their visit to celebrate Christmas with their parents and relations in Chibok revealed that some top politicians who are sponsors of the Boko Haram insurgents were allegedly involved in their abduction, probably to frustrate the past administration under President Goodluck Jonathan.

Speaking with DAILY POST in Maiduguri, the Borno state capital Wednesday, the man of God said, his discussion with some of the released Chibok girls shows that, they were not taken immediately to Sambisa Forest as we were made to believe in many reports, rather, they were taken to Maiduguri, the state capital and kept at a location in GRA, where they spent about two months before they were relocated to Gwoza local government, which later became Boko Haram Caliphate.

According to him, ” The girls said, they spent over 8 months in Gwoza local government area along with other abducted women. They said they were kept at a resident of one of the top politicians in that local government area until at a point when a fighter jet dropped bomb that touch part of the house killing some of the girls.”

“It was a sad story, we believe that those behind this evil will never go unpunished. For us in Chibok, we will keep praying that, those of them who are still being held by their captors shall gain freedom and be reunited with their families like these ones that came home.” He added.

According to him, before the Christmas arrangement that brought the released girls, many parents and relatives did not believe that some of the girls have been released. He said, some of the parent died within the period due to blood pressure and other related ailments.