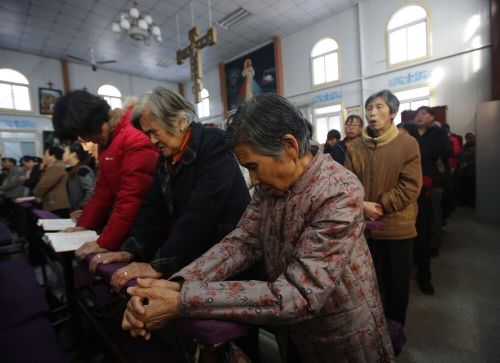 A Christian megachurch pastor from China’s northern Shanxi province was reportedly released after spending seven years in prison for protesting against the demolition of a house church, and is believed to be showing physical signs of mistreatment.

China Aid, which reports on persecution stories from the world’s most populous nation, said that Pastor Yang Rongli and her husband Wang Xiaoguang were arrested back in 2009 following a protest against the Communist Party’s crackdown on underground house churches.

The couple were convicted of “gathering a mob to disturb public order” for holding a prayer rally in November of that year, with Yang sentenced to seven years in prison, while Wang was punished for three years.

“Upon release, Yang showed physical signs of the brutality she endured while incarcerated. Her hair grayed due to malnutrition and a lack of sunlight, and at the time of the report she suffered from two kidney stones, diabetes, and a heart problem,” the watchdog group said.

“Despite her ailments, she was reported to be in good spirits regarding her freedom, and has no complaints or resentment,” it added.

Yang, who is in her 50s, led the 50,000-member Linfen house church in Shanxi until her arrest. The pastor is a graduate of Linfen Normal College’s Chinese department, and in the past also worked as a teacher, an editor and reporter.

China legally allows only faith expression within government-sanctioned churches. Underground churches which do not wish to follow Communist regulations have faced numerous crackdowns throughout the years, and even other megachurch pastors of government sanctioned churches have been punished for speaking out against the persecution of Christians.

Pastor Gu Yuese of Hangzhou’s Chongyi Church was arrested earlier this year by Chinese authorities, officially on charges of embezzling funds, but as China Aid’s Bob Fu told The Christian Post at the time, the punishment had more to do with Gu’s opposition to the crackdown on churches.

“It will shake the spirit of the government-sanctioned church leaders and the congregations throughout China. All these factors will have a ripple effect,” Fu told CP at the time.

He added that the rising number of Christians in China has prompted the government’s crackdown on Christianity
The top leadership is very increasingly worried about the rapid growth of Christian faith and their public presence, and their social influence,” Fu explained at the time.

“It is a political fear for the Communist Party, as the number of Christians in the country far outnumber the members of the Party,” he added.