Christian Rapper On Confession To Murder: ‘I Wanted To Get Right With God 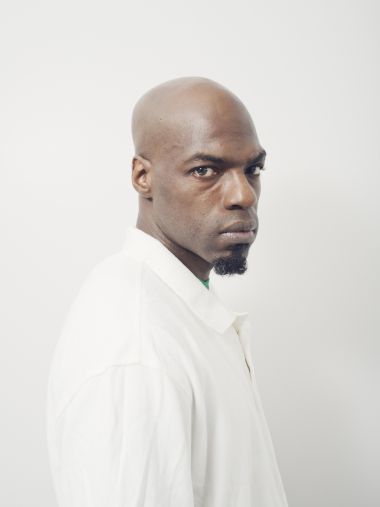 A Christian rapper who confessed to murder nearly
20 years after he did it says he has no regrets about
owning up, because it put him right with God.

Trevell Coleman, better known as the rapper G Dep,
which stands for “ghetto dependent”, was a rising
star on the New York hip-hop scene and had been
signed to megastar Puff Daddy’s Bad Boy record
label in a $350,000 recording contract.

He also had a wife, Crystal, and twin boys.

But he was finding it increasingly difficult to cope
with his guilty conscience.

In autumn 1993, when he was 18, Trevell shot
John Henkel three times with a 40-caliber handgun
on Park Avenue in Manhattan after his attempt to
rob him went wrong. It turned out Henkel had just
$6 in his wallet at the time.

Trevell has described how, by 2010, he had already
lost his recording contract and developed a drug
problem as he struggled to quiet his conscience. In
the end he could no longer keep the secret to
himself. He told his wife and then went to the police.

He had seen Henkel when riding past on his bike,
he tells Mike Wooldridge of Heart and Soul: The Dilemma, to be broadcast by BBC World Service this weekend.

“I jumped off the bike. Went over to him. I tried to
persuade him to give me his money,” he says

Henkel grabbed the gun, tussled and got free.

“I fired the gun,” recalls Trevell. He kept firing, then
got on the bike and ran. He did not realise he had
killed him but could not stop worrying about it.

“I felt like I did something that was bad, it was
terrible. I just wished that he was alright.”

He says in the end the drugs did not help.

“I always knew it was something in my past that
did not sit right with me.”

He could feel himself turning into an “empty thing”,
becoming a person who cared only about material
things and not other people. “I was thinking, if I
died with this thing on my soul, would I burn in
hell?”

He felt he was not really living, that God was testing
him.

His wife was surprised when he owned up to her
was surprised, because he is kind-hearted and
cannot even tell their children off when they do
something wrong. She thought at first he was
hallucinating and she advised him to go and see
their parish priest.

“The first time I went, I said to the officer that I
wanted to turn myself in.” They swapped numbers,
he left and waited for a call that never came. So he
went back and the police found the details.

He does not regret turning himself in. “I wanted to
get right with God.”

He adds: “It was what had to happen. If he did die,
that was what I was there for.” His trial took place
in 2012. He says his 15 year sentence, which he is
serving at a high security jail in New York State, was
a “blessing”, because he could have got 25.

He says: “You can confess to a priest but you also
have to form an act of contrition.”

“If you take a life, it is something you have to make
amends for. I know me doing that, God will forgive
me even more.”

He was brought up a Christian by his devout
Catholic mother, and interned at a law firm before
going to college, but withdrew to try and make it in
music.

He had started writing rap in his early teens. “The
way people put words together, it was kinda like
magical to me almost.” His debut album Child of the
Ghetto was based on his life in the streets around
Manhattan.

Crystal describes being picked up by an entire
“caravan” of cars on their first date. The police
turned up. She says: “I literally had a gun in my
face.”

He began to get addicted to PCP or “angel dust” in
his attempt to dull the memories. “I could see it start
to get to him. Trevell and I had a big thing,” says
Crystal. “We always prayed together. That was one
of the things that attracted me to him because we
were both Catholics. The simple things. He always prays over a meal.”

He would stand in the middle of the kitchen and
say: “Praise God.” But he struggled to cope with the
pressure of success, such as a five-month
promotional tour.

“When he came back he seemed fine but he was
different,” says Crystal. He became even more
religious and would stand in the kitchen, screaming
“God”, says Crystal. She found he seemed different
after he admitted it. “He had suffered with what was
going on and had imprisoned himself for years.”