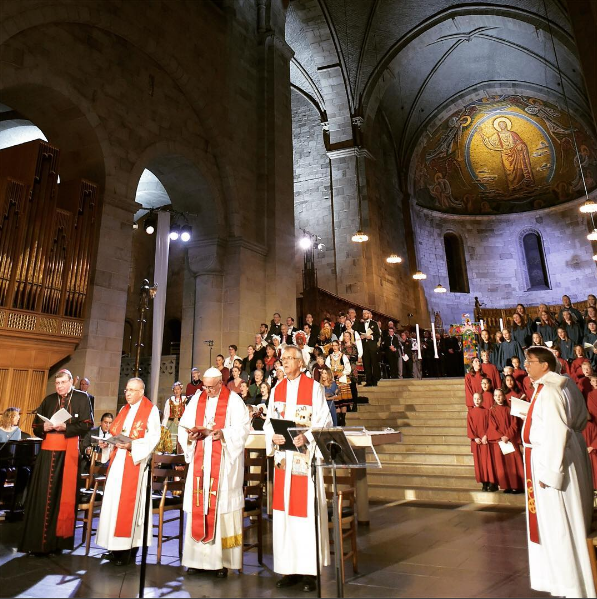 Pope Francis and Lutheran church leaders were in Sweden on Monday to commemorate the Protestant Reformation, once one of the most divisive events in the history of Christianity.

The pope was joined by Bishop Munib Younan, the head of the Lutheran World Federation (LWF), and Rev. Martin Junge, the LWF General Secretary, at an ecumenical prayer service in Lund cathedral.

They are later due to participate in an event in the nearby city of Malmo.

The joint commemoration is part of efforts to overcome historic divisions, and fall on Reformation Day, which starts the countdown to the 500-year anniversary in 2017 of Martin Luther’s controversial 95 Theses.

Luther’s teachings triggered one of the most significant schisms in Christianity, leading Protestants to break away from the Catholic Church.

The LWF groups 145 churches in the Lutheran tradition, representing over 74 million Christians in 98 countries.

The commemoration also marks 50 years of official ecumenical dialogue through which Catholics and Lutherans have sought to bridge the divide.

It is the second time a pope has visited predominantly Lutheran Sweden. John Paul IIwas the first in 1989. 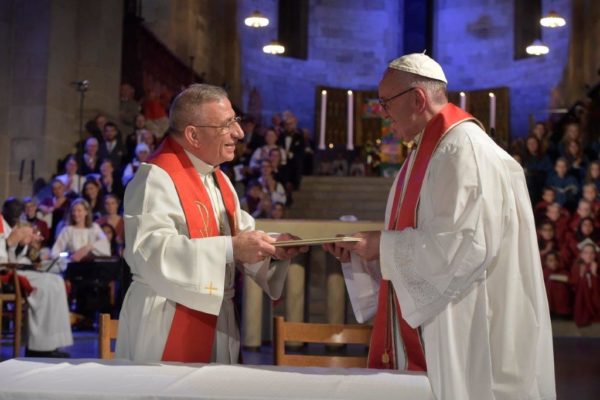