Christians & Muslims: Both Faiths Say They Are Uniting For The Peace Of The Country, Breaks Fast Together In Kaduna 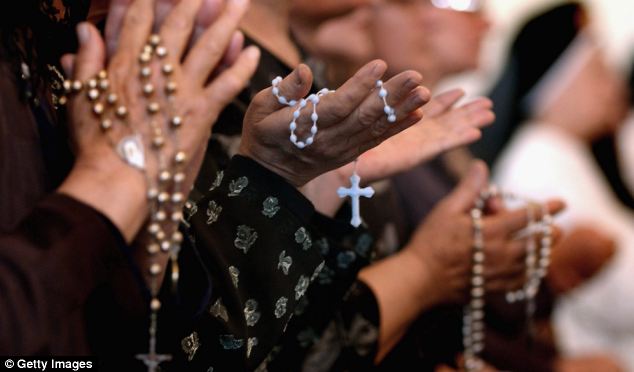 Some Christians in the northern state of Kaduna
have reportedly eaten with their Muslim
counterparts after breaking their fast on
Saturday.

According to Daily Trust, this act was
coordinated by the minister of Youths and
Sports, Barrister Solomon Dalung who led a
team of 20 Christian clerics to meet Muslim
clerics including Shiekh Dahiru Bauchi.

In a chat with journalists after the event, Dalung
explained that the reason for the meeting
was to strengthen inter-religious harmony and
promoting peaceful co-existence among
different faith organization in Nigeria.

“This is the fourth year we have been coming
to Kaduna with many Christian clerics including
Reverend fathers, pastors,evangelist and other
top Christian leaders from northern Nigeria to
break fast with Shiekh Dahiru Bauchi at his
resident and to mix and interact with other top muslims scholars, so as to promote peace and
encourage religious tolerance, and to show
Nigerians that we are all created by one
God”Allah” and Adam and Eve were our
original parent.

“We want the muslims scholar to keep on
praying for ever lasting peace in the country
and also pray for rapid socio-political and
economic development especially at this trying
time when our country is facing a lot of
difficulties including militancy, insurgency and economic downturn,” the ‘comrade’ minister
said.

Speaking also on the importance of the joint
meeting, Pastor Yohanna Buru, one of the
clerics who visited the Muslims, asked them to
use the last ten days of Ramadan to pray
seriously for the continued peace and harmony
of the different faiths in Nigeria.

Sheikh Dahiru Bauchi who responded on
behalf of the Muslim faithful, described
Christians as good friends to them, while calling
on fellow scholars from both faiths to reignite
their prayers for President Muhammadu Buhari,
especially for the unity of the country.

While urging Nigerians to be patient with the
president’s new policies, Bauchi stated: “Every
thing will soon be in other by the grace of
God.”

In an interview with The Punch, the CAN
president urged the president to maintain
religious balance so as not to open the door for
lawlessness.

He advised Islamic religious leaders to call their
followers to order as some of them were not
giving them honour with their actions.