Christians Not Responsible For Your Woes – CAN Secretary, Asake Blasts MURIC Over ‘Friday For Muslim’s Comment 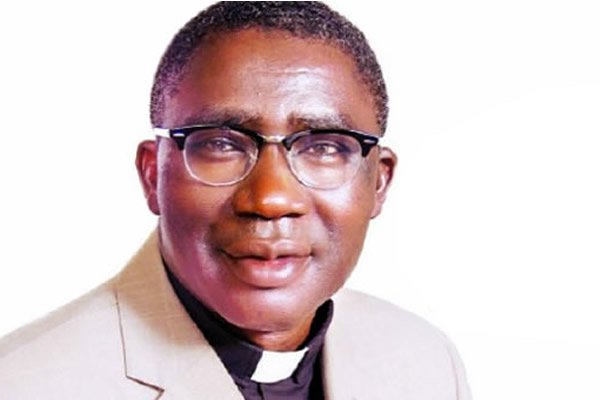 The Secretary General of the Christian Association of
Nigeria, CAN, Rev. Musa Asake, has lambasted the Director of Muslim Rights Concern, MURIC Ishaq Akintola, who called for ‘fair treatment’ between Christians and Muslims in Nigeria.

The Reverend called out to Akintola for saying Nigeria was not a secular state as it did not
recognize religion.

It would be recalled that in a chat with the Punch,
Akintola had said “Christians are free to do whatever they like on Sundays but Muslims are chained to their workplaces on Fridays. That chain must break. Freedom is our cry. Nigerian Christians
have been enjoying everything they need since the British took over the country and colonised it. They
have the Christian common law while they object to
Muslims having Shariah. They enjoy Christo- Western education while they restrict Muslim children’s access to Islamic education.

“I still insist Nigeria is not a secular state. It does not
recognise any religion at all. An example is the
Sallah holidays. Although Christians used to enjoy
Christmas and other holidays, there was no Sallah
holiday for Muslims on Eid el-Fitr and Eid el-Kabir
days during the colonial days. We wrenched that from our oppressors’ hands after a long struggle.”

But reacting to the claim and opinion of the professor of Islamic Eschatology, the Secretary General, CAN told the Punch that he (Akintola)
knows little or nothing about the constitution of
Nigeria and as such, should not speak.

So, Akintola actually stated that there were discriminations against Muslims in Nigeria,
that Christians are against the practice of Shariah and that Muslims are deprived of having Friday as a work-free day just as Christians enjoy Sunday. Did you say the man is a professor? May God have mercy on Nigeria, if that is the kind of professors that we produce. I have to question his professorship.

“Doesn’t he know the constitution of this country?
It is the kind of elementary reasoning that slows us (Nigerians) down. I really don’t want to go into that now; that is not the issue facing the country at the moment. The issues facing us in this country are hunger, poverty, poor national economy, and insecurity. But here you have a professor talking about the government favouring only one religion – that is uncalled-for.

“Islamic groups should put their house in order; they are the ones that are imprisoning themselves.
Christians aren’t responsible for their woes or
marginalization. Nobody is stopping them from
realizing their dreams,” Asake stated