Christmas: The King, His Message And Us 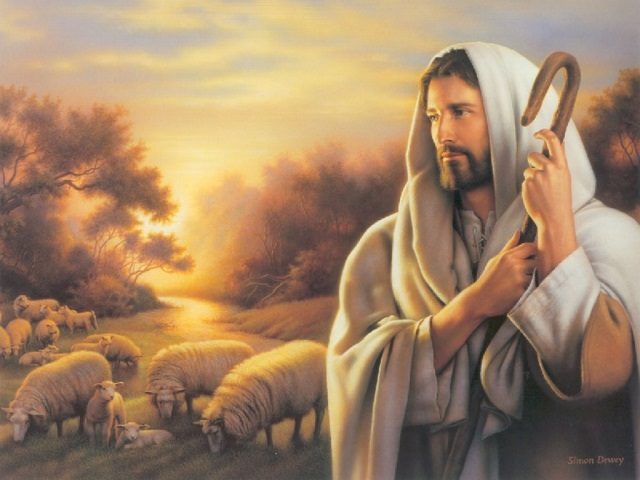 Christmas: The King, His Message And Us, By Albert Afeso Akanbi

In the prequel to this write up I explained why, even though I do not necessarily believe that Jesus was born on December 25, I would not disagree with those who choose to celebrate him on this date. I made the point that Jesus was more a physical heir who did not ascend King David’s throne despite the lack of awareness of some of today’s Christians of this fact, and also promised to conclude the subject in this article. Finally, I made a point that there is what I choose to refer to as two ‘Jesuses’ – the Jesus of Faith and Jesus of History.

This article was written by Albert Afeso Akanbi. The views and opinions expressed here are those of the author and do not necessarily reflect the official policy or position of Kingdomboiz.com

I believe the latter gave birth to the former. The reason why this is so can be glimpsed from the pattern of early man’s thinking process, right from the dawn of history. Throughout the olden times, from the Sumerians to the Babylonians, Egyptians to the Romans, we have seen how mortal men, kings, pharaohs, emperors and so on have worked so hard to cultivate a divine image for themselves. Because of this, there was a time when gods and angels roamed the earth.

So much so that even the Jewish world in which Jesus was born was not spared of such ideas. In fact, there is an account in the Biblical book, Acts of the Apostles, of how some men tried to deify Saints Paul and Barnabas when they ‘healed’ a crippled man in Asia Minor, if the two men had not stopped them. If ordinary men can be so easily be turned into gods and worshiped, how much more Jesus who was of royal blood, and who did and said many great things?

But the question is, is it possible that from all that we now know about the man Jesus from history, the Bible and even from his own words, did he regard himself as God? I think to guide against reaching this conclusion, there is one among the plethora of sentences that abounds in the Holy Bible that answers this question. ‘…the father is GREATER than I…’. But starting from the council of Nicea till date, Christians have refused to pay attention to these very profound words of their ‘King of Glory’ who we are all celebrating this season as they have to almost every other of his most important admonitions.

All around the world, throughout the years, there have been no shortage of testimonies of encounters with the Jesus of Faith, chief amongst which was that of Saint Paul. To non-Christians, I can imagine how incomprehensible it would be for them how the certainty of an encounter would move certain people to a conviction that such encounters was with the real historical Jesus himself. How do we so easily decide that this spiritual Jesus was the same Jewish rabbi of 2000 plus years ago? I can not pretend to have an answer.

Jesus was a Jew and he made this clear a thousand times. We must all accept this and understand the fact that he lived at a time and among such a people who are quite different from us, at least in their thought. Those to whom he belonged – the Jewish people – that ‘saw’ and recorded those stories and passed it down to those who belong to him – the Christians, and had certain beliefs about God, the universe and man which they took for granted. For example, in Jesus’ days, as is still the case in some places today, it was axiomatic that an epileptic was possessed of the devil and illnesses were caused by demons, and so the demon must be chased out for the individual to regain health.

I am sure if we look at these things with logical eyes and not through the eyes of faith, we would see things differently.
Jesus wrote no books. His words and deed have been reported through the ages, across great geographic and cultural chasms, by people holding varying degree of moral beliefs. If he were to appear today, will he endorse all – the misdeeds inclusive – that have been done in his name?

Despite these misunderstanding and our overemphasising the spirituality of Jesus, I believe there are some things which cannot be taken away from Jesus’ person which we must all strive to imbibe as we celebrate him today. His love, preparedness to accept everyone – both sinners and saints alike, compassion for the sick and the poor, his insight, knowledge and ability to lay deep spiritual truths bare for even the most lowly of people to grasp and so on. These characteristics, I believe, have managed to dispel every doubt about him and his mission, and even calls from certain absurd scholastic quarters for a reappraisal of the historical plausibility of his existence. This is what I think should form the bedrock of our attitude in our celebrations.
Dr. Robinson was right when he described Jesus in the following words; “…it is in Jesus, and Jesus alone, that there is nothing of self to be seen, but solely the ultimate, unconditional love of God. It is as he emptied himself utterly of himself that he became the carrier of ‘the name which is above every other name’…”

Jesus was a good teacher who made the love for fellow man and total submission to the will of God, the central focus of his message. And this is a thing that is grossly missing in our world, country and daily lives today. A humble rabbi of royal blood, he sought only to teach his countrymen how to be better Jews by treating others as they wanted to be treated. The same message we hypocritically reject by our daily actions, celebrating ourselves, rather than celebrating him in true reflection.

Of course today’s Christian, following the Pauline tradition, would want us to believe Jesus was God himself. Even though I am not here trying to set aside the importance of the Christian doctrine of The Holy Trinity, my deeply held belief is that Jesus was a good teacher who preached love for God and neighbour, and as such we should reflect this in our celebrations and call to question our attitude that has neglected this message.

Today’s Christian must also recognise that the real Jesus was more human than they care to contemplate. That he was a great man of God who called men to reach out to other men with love. That Saint Paul entered the equation, and what he made of him and his message has been the most astonishing theme in human history. That a few centuries after Saint Paul, a few men who claim to get their apostolic calling from Jesus’ disciples, at Nicea, going with the norm of their times, made Jesus into a ‘God of God’, ‘Light of Light’ and ‘Very God of Very God’.

Though I feel unqualified to speak on the development of the great Christian theology over the years, as a man who lives in a largely Christian country, where the actions of Christians may affect me one way or the other, and who knows people’s actions are largely a function of what they imbibe, I think it won’t be out of line for me to speak about these things. And if I say that even though the Romans stuck Jesus on the cross 2000 plus years ago, that so long as that Indefinable Force that men call God used him to touch the lives of many and prove to us that selflessness rather than the bully-boy mentality should prevail in the way we treat one another other, Jesus Christ will continue to live in the minds and through the actions of men like me.

This article was written by Albert Afeso Akanbi. The views and opinions expressed here are those of the author and do not necessarily reflect the official policy or position of Kingdomboiz.com