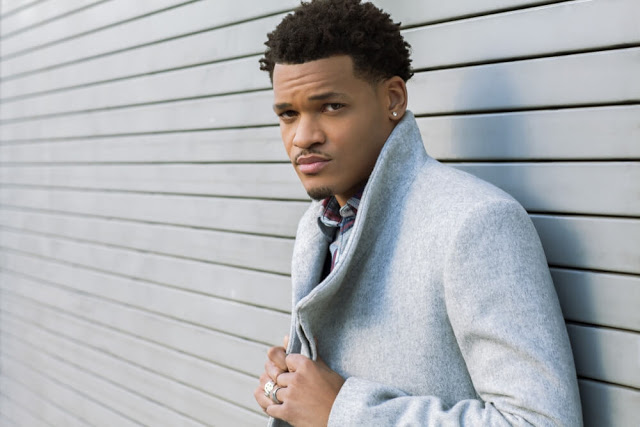 Before the world learned that Kirk Franklin and Kanye West would collaborate on the rapper’s record, the gospel musician’s protégé, Christon Gray, was praying for the situation.

Franklin surprised people by appearing on rapper Kanye West’s album The Life Of Pablo, where he is heard praying on the song “Ultra Light Beams,” earlier this year. However, before 46-year-old gospel music legend Kirk Franklin entered the studio with
West, he called on his 30-year-old mentee to pray for the project.

“He just hit me up and just asked for prayer that if it was an environment that did not really fit what he’s trying to do, that he would have the strength to say no,” Gray told Hip Hop DX. “‘Cause it is Kanye and they had legends in the room. I wanted to be in the room. Andre 3000 was in there and I was like, ‘bruh, can we meet?'”

While some have questioned why Franklin would be spending so much time with a rapper who frequently engages in public rants, named his sixth album “Yeezus” and uses profane lyrics in his music, Gray explained why he wanted to intercede on behalf of his mentor.

“He’s not trying to just be associated with any and everything, but he loves Kanye and
he loves everybody. But you know, people are gonna look at Kirk Franklin,” Gray said. “I feel like he knew he was gonna get heat for it, so he just wanted to make sure that his motives was right.”

Franklin and West were first pictured in a studio when an image on Instagram surfaced on Jan. 29. Since then, 38-year-old West spoke highly of Franklin, 46, in interviews and featured the gospel producer, songwriter and artist on his latest album.

In an interview with Hip Hollywood, Franklin revealed how he got involved in the project.

“He asked me to be a part of this one song and it’s very clear what I represent. No profanity, or something that is outside of my faith or what I preach,” Franklin said. “I’m just here to walk out life with people, and whoever. I’m not a pastor to the stars, I ain’t trying to be all that, My job is to just win people to God.”

Franklin appeared on “Saturday Night Live” to perform the song with West, singers Kelly Price
and the Dream. For the gospel artist, West is not beyond God’s grace.

“As a Christian I’m trying to be what God wants me to be to whoever, and nobody is beyond receiving Him,” he said. “Nobody’s unforgivable, or unredeemable.”

“I really respect him for being so close with Kanye and being so close with Kanye and sticking up for him, man. Ye’s like, is one of my biggest musical inspirations, but just beyond that, I’ve listened to him and I’ve just heard just a dude, just a regular dude,” Gray said. “He’s passionate about what he believes and he speaks about it. I think more people should do that and Kirk recognizes that, too. So I don’t think he has a problem rocking with him.”