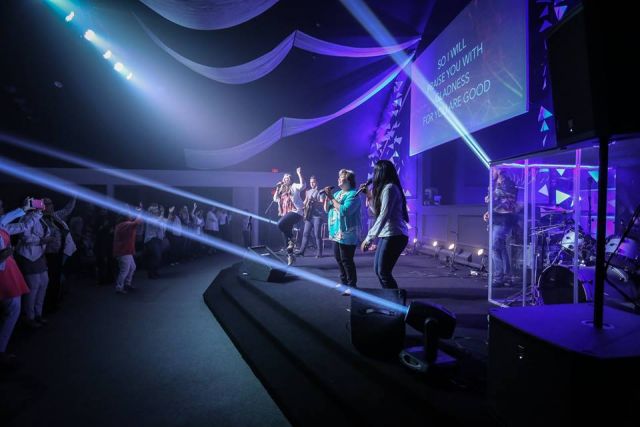 An Oregon church which came under fire in recent weeks for instituting a ban on fat people as part of a slew of mandatory guidelines to be a part of the congregation’s worship team, apologized for the ban on Saturday and begged forgiveness to anyone their rules may have offended.

“There has been some media circulating about our Worship Team Guidelines. Forgive us if we offended anyone. That certainly was not our intention. These guidelines have never been used to discriminate against anyone and have never been enforced,” New Creation Church in Hillsboro declared in the terse apology posted on its website in reaction to the online backlash that ensued after details of their “Worship Team Guidelines” came under recent scrutiny.

“We want the worship team to look the best they can! Remember that the way we look is of utmost importance,” the guidelines to would-be worship team members at the Oregon church warned in the document declaring “no excessive weight.”

“We are the first thing the congregation sees. People do judge by appearance. We never get a second chance to make that first impression. Please be sure that your style and clothing bring honor and glory to God, isn’t excessive and doesn’t draw unnecessary attention to yourself,” it added.

The document further made it clear that in order to be a part of the worship team, members must be in “100% agreement” with the guidelines to allow the anointing to flow and encouraged those with a weight issue to go shed the extra pounds at the gym.

“Since you are interested in this area of ministry we want you to be encouraged and know that our desire is to see you fulfill all God has called you to do and be. As a part of the worship team, we have specific guidelines that we have established for our team to work together and to be the best we can be,” the church explained in the document. “Please read this carefully. You must be in 100% agreement for you to flow with our team and in order for the anointing to flow through you.”

The apology comes after New Creation Church refused to comment on the guidelines when The Christian Post reached out for comment last week. Thousands who read the CP report hotly debated the wisdom of banning overweight worshipers and many disagreed with the exclusion of overweight worshipers.

“Some people need to get a life! I would never attend a church that discriminates against anybody like that. There are too many churches that are letting worldliness into the body of Christ these days. A church should never prevent people from using their gifts and talents for the Lord no matter what size they are!” Leigh Ann Spurlock Florkevich added.

Some people like Henry Väänänen however argued that being overweight is a sin and perhaps the church was trying to prevent the sin of gluttony.

“Excessive weight means you have a food addiction and/or you’re physically inactive to the point where you consume more calories than you burn…point is it’s a physical manifestation of ones self-worship, food. Food shouldn’t be before Jesus, get fat on the Word,” he wrote.

Väänänen’s point was echoed on a Reddit discussion board where others agreed that overweight people are living in the unrepentant sin of gluttony.

Other users however said excessive weight could be cause by factors other than gluttony.

If someone is overweight, all it means is that at some point in their lives they have been gluttonous. But if someone got fat like 5 years ago, and has since then maintained their weight, that person was gluttonous 5 years ago, but is not gluttonous now,” wrote one user under the name FatalTragedy.

“And many people have difficulty with their weight because of medical problems, or the medications they take. Declaring that all overweight folks to be gluttonous sinners is simply short sighted and not true,” NF1Parent added.