‘Clinton Isn’t A Talented Person Or Politician, The Media Is Dishonest’ – Donald Trump Blasts On Twitter 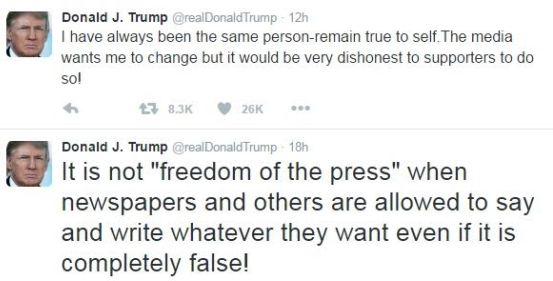 US Presidential candidate Donald Trump in a series
of Tweets attacked the American media after his
perceived ‘negative’ portrayal of him and his
electoral campaign. According to Trump, his rival
Hillary Clinton isn’t honest or talented as a person
or politician but the media refuses to expose her, rather feeding and fueling every negative story
about him. See more tweets after the cut… 0 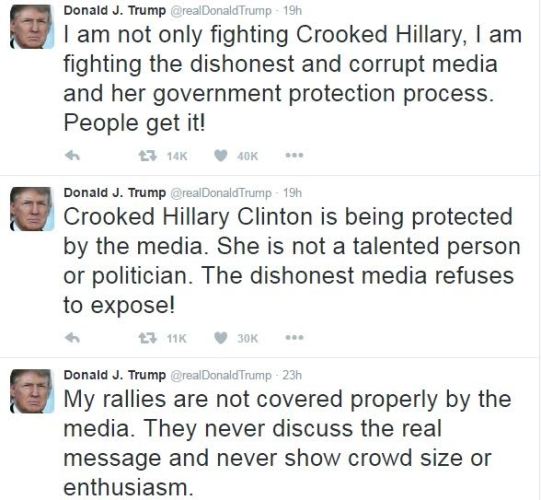 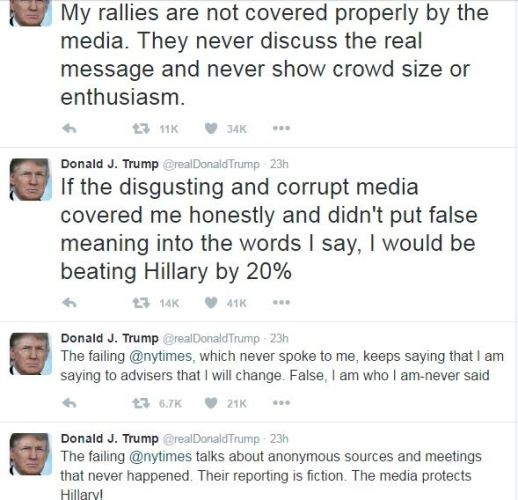