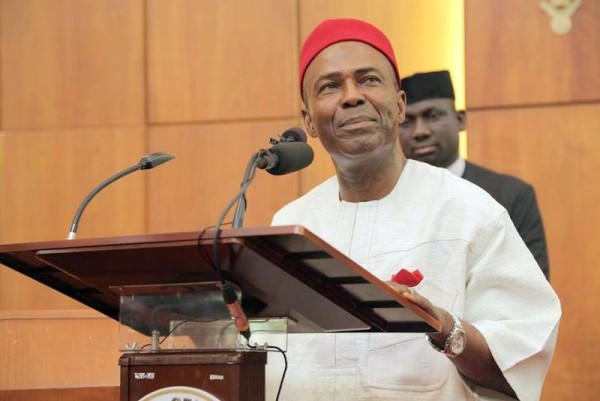 The Federal Government has called on Nigerians in the Diaspora to return home and seize the various economic opportunities to make billions of Naira.

The Minister of Science and Technology, Dr Ogbonnaya Onu made the call at an investment forum organised in New York by his ministry for Nigerians in the U.S.

Onu explained that various investment opportunities currently exist and are waiting for them at home, challenging them to take them.

The former Governor of Abia (from 1992 to 1993), informed Diaspora Nigerians that various research products with opportunities to yield billions of Naira, were waiting for them at home.

We will give you products of research at nothing or little cost to you because it would be nice for the agency that has done this research to get some little returns.

It (will) also be nice for the scientists, engineers who were involved in doing this research just to get something, that’s all but it would be very small.

So we give it (research products) to you, knowing that you will keep the money in Nigeria, you will help employ Nigerians and you will help to grow our Gross Domestic Product (GDP).

That is our interest; that is the reason why we are here,” the minister said.

Onu, who was the National Chairman of the defunct ANPP, explained that the agencies under the ministry had already developed the research products through various stages of tests and trials.

According to him, “we are asking Nigerians in the Diaspora that think home, come and take the researches that we have done.”

“We have taken them to a level where you can now immediately convert them into products, make money out of it; that is the message.”

The minister, who returned to Nigeria from the U.S. in 1981, said as a policy, researchers will not be involved in the commercialisation of the research products to enable them concentrate on innovation rather than money.

He said that one of the agencies under the ministry was already working on a cure for epilepsy and was only awaiting the final stages of trials by the National Agency for Food Drugs Administration and Control (NAFDAC).

“We are working on a cure for epilepsy; there is a drug that one of our agencies is working on, it is being tested now.

And we know that epilepsy is a disease that is worldwide and this agency will not on its own commercialise this drug.

For NAFDAC to give its approval, there are so many stages of trials and tests that the drug has to pass through.

But at the time that it must have satisfied all these conditions, we don’t want our researchers to go into commercialisation.

Because if we do that, they would no longer continue with research; everybody would prefer to go and make money,” he said.