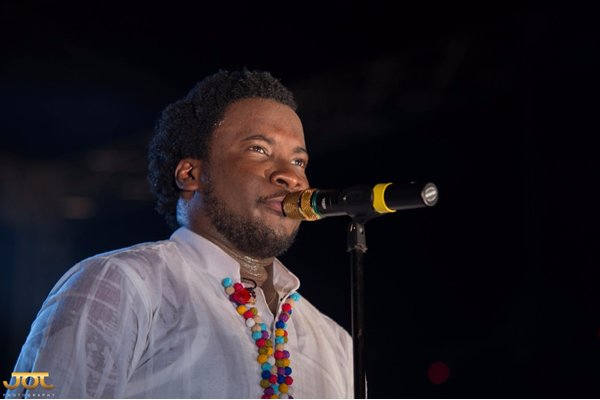 He was part of a list of 33 categories for the second edition of the awards released by Alordia Promotions, organisers of the awards.

The nominations are for his hit song, ‘My Soul Says Yes’ and highly successful album, ‘Soundz of Afrika’.

When contacted for a comment, Sonnie Badu simply told Myjoyonline.com that, “I am humbled by the nominations.”

This year’s Ghana Music Awards UK calendar year is based on the period of April 2016 to April 2017 and organisers explained in a statement that a lot of Ghanaian musicians, labels and management teams submitted their works for this year’s awards.

The Ghana Music Awards UK shines the spotlight on the best Ghanaian musicians and songs that have excelled in Ghana and the UK.

Mr Alordia, CEO of Alordia Promotions said in a statement that, “It is an incredible achievement to be selected among the best from the 1,265 entries we received this year. Congratulations to all the nominees.”

The plaques for this year’s awards will be presented to the winners on Saturday, September 16, 2017 at the Gaumont Palace (Dominion Centre) in London.

This year, the ‘Artiste of the Year’ category will be hotly contested by Shatta Wale, Kofi Kinaata, Sarkodie, EL and Stonebwoy. Shatta Wale won that award at last year’s event.

UK Based Gospel Song of the Year

You Are The One – Minister Owura Jay

It will come to Pass – Sarah Clark

Me nsa aka Me De3 – Theodora Gospel

UK Based Gospel Album of the Year

You Are The One – Minister Owura Jay