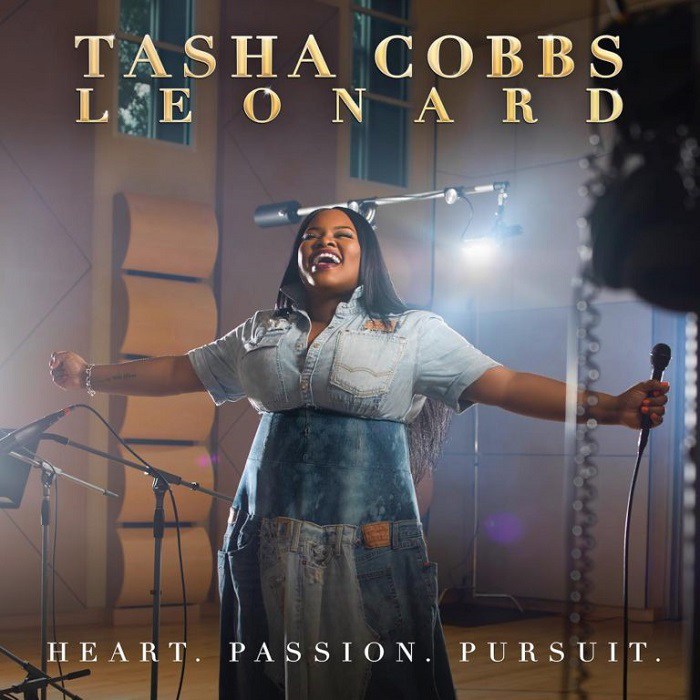 The passion and energy Cobbs Leonard poured into this album has paid off with a stellar week of sales and streams. Not only has HEART. PASSION. PURSUIT. seen the highest-selling week of any gospel album this year, the album released at a record-breaking pace earning the largest streaming debut in gospel music.

“The instant success of this album solidifies Tasha as one of the top gospel artists of the past decade,” says EJ Gaines, VP of Marketing, Motown Gospel. “In a season where the industry has been concerned about sales and the impact of streaming, Heart. Passion. Pursuit. proves that when a remarkable talent has an authentic vision, great songs and a committed team, magic can still happen.”

HEART. PASSION. PURSUIT. has been generating incredible buzz since its unparalleled week-long recording in Atlanta, GA earlier this year. Bringing together worship leaders from around the country, Cobbs Leonard sought to create a sound unlike anything that has been heard in the genre.

“Tasha’s initial vision, combined with her commitment to songwriting and performance throughout the recording process have resulted in a truly career-defining album,” says Monica Coates, VP of A&R for Motown Gospel. “It is incredibly gratifying to witness the impact this body of work is having throughout the music industry and, more importantly, on the lives of consumers around the world.”

Produced by Kenneth Leonard, Jr., songs like “Great God” and “Your Spirit” feat. Kierra Sheard are sure to resonate with longtime fans, while “The Name of Our God” and “Gracefully Broken,” co-written with Matt Redman and Jonas Myrin, build new bridges in worship. The album also includes features by worship artists Jimi Cravity and Anna Golden, as well as a surprise guest appearance by Nicki Minaj on “I’m Getting Ready.”

Tasha Cobbs Leonard continues to criss-cross the country with concerts and appearances in support of the album. In conjunction with her New York City tour stop on October 19th, Cobbs Leonard kicks off the HEART. PASSION. PURSUIT. FLY AWAY contest, where one lucky fan will win a trip for two to New York City to meet Tasha and attend her show at B. B. King’s Blues Club & Grill. The contest opens TODAY and fans can enter by visiting https://smarturl.it/HPPFlyAway. Rules and details are listed online and the winner will be announced on Tasha’s Instagram page (@tashacobbsleonard) on Monday, September 25th.