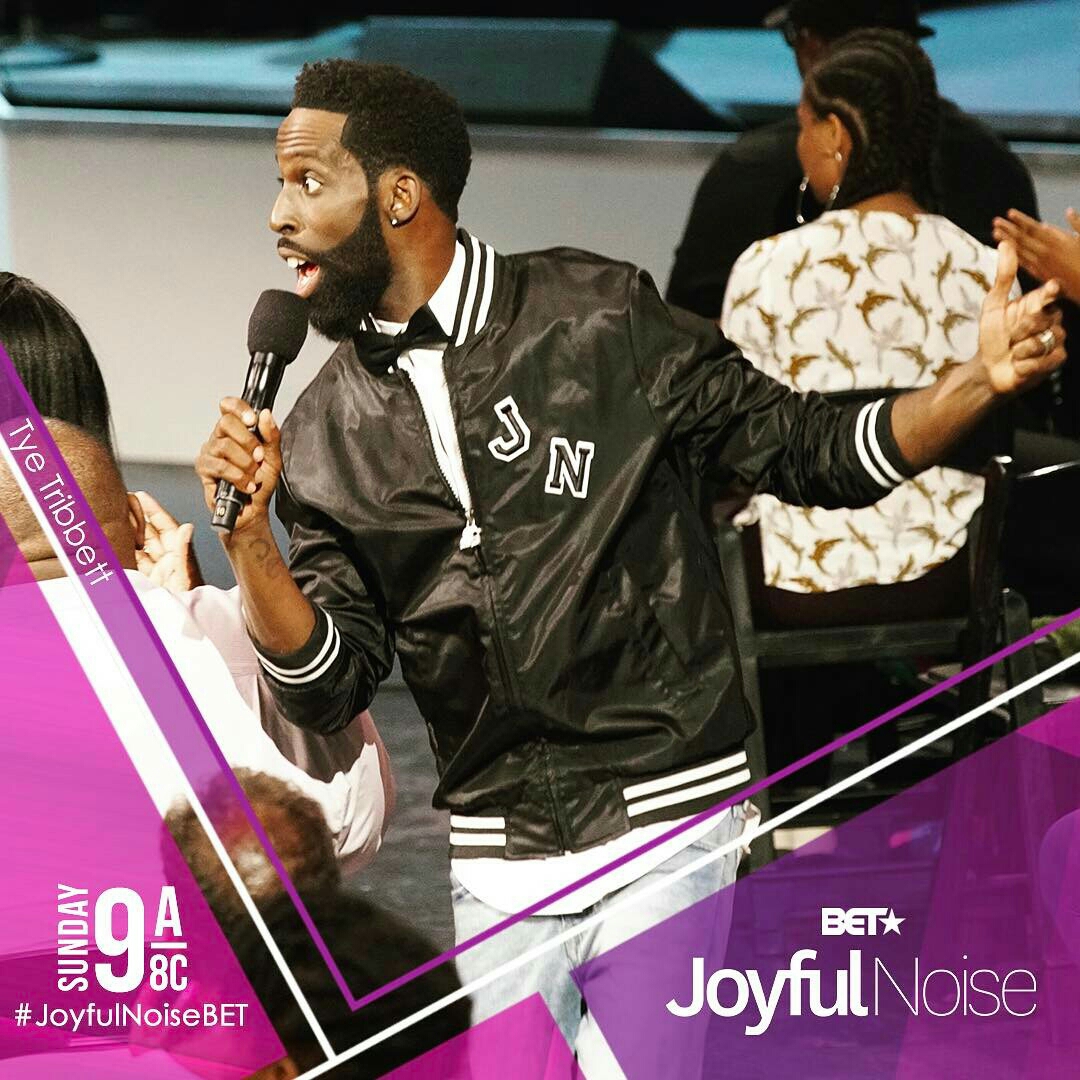 With a listen to Tye Tribbett , it’s obvious that God has blessed him with many gifts. Noted as one of the most relevant voices of this generation, with a sound that reaches the hearts of the young and the old, this New Jersey native’s high-energy and infectious sound has helped redefine Gospel music.

The Motown Gospel recording artist’s lead single “Work It Out” continues to climb Billboard Magazine’s Gospel Airplay chart jumping from No. 9 to No. 7 this week with +108 spins. “Work It Out” is lifted from Tribbett’s forthcoming sixth album slated for release later this year.

Tasha Cobbs and Jekalyn Carr kicked off the 20-city Bloody Win Tour this past Easter Sunday to a sold-out crowd in Orlando, FL, at The Holy Land Experience, where Tye and his wife Shante Tribbett , also launched their newly launched ministry, LiVe Church.