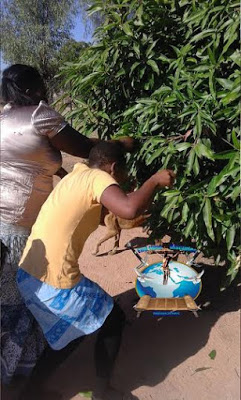 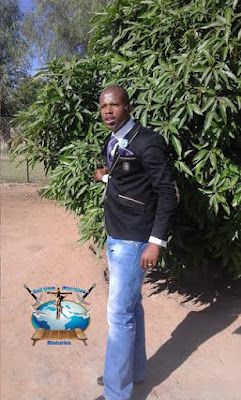 Controversial South African pastor, Penuel Mnguni,
yesterday during his church service, went to a
Mango tree and declared it to be KFC,Pizza and
spaghetti. After the declaration, he commanded
some of his members to eat from the tree as
declared. Three of his members after eating the mango leaves, confirmed that what they ate is
KFC,the other said it was Pizza and the last one said
that it was spaghetti. More photos after the cut… 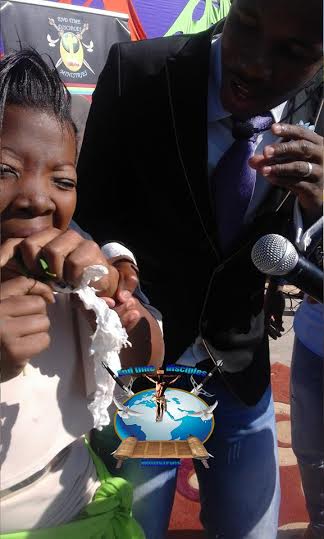 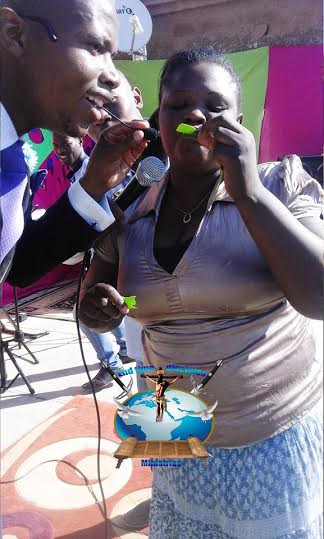