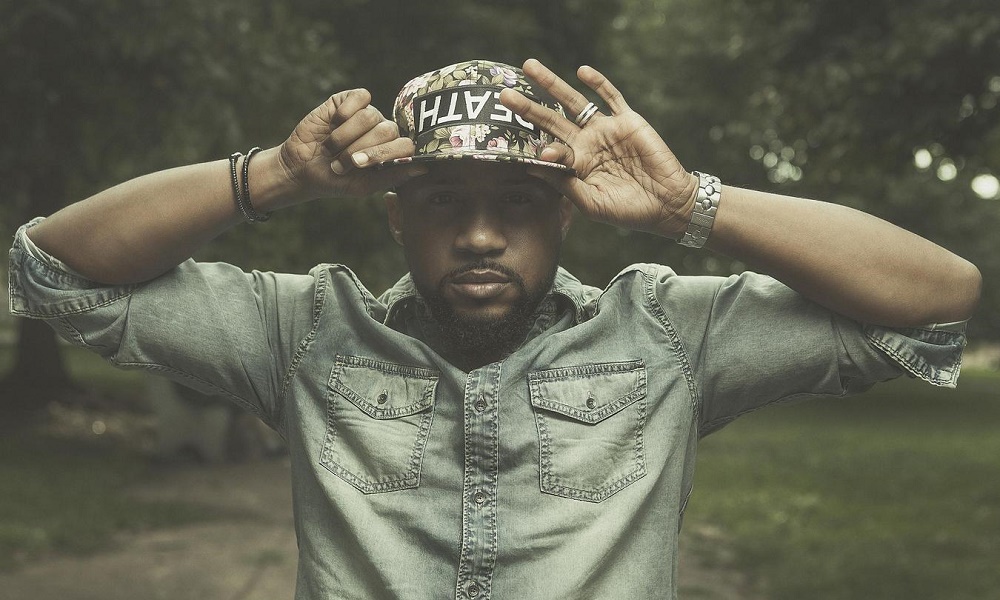 Da’ T.R.U.T.H. recorded a song on his latest album, It’s Complicated, called “Color Purple” which asks different traditions of Christianity — from conservative to charismatic — why they can’t get along.

At Legacy Conference 2016n, Rapzilla interviewed Da’ T.R.U.T.H. about the story behind “Color Purple”, reactions to the track and teachers named in the song, who include Joyce Meyer, Creflo Dollar and T.D. Jakes.

Da’ T.R.U.T.H. set the stage for the conversation with a breakdown of America’s competitive, argumentative, “one-or-the-other” culture. For example, basketball fans may have spent more time this past year debating if LeBron James or Stephen Curry was the best player in the NBA than celebrating them. This culture has influenced the church, Da’ T.R.U.T.H. believes.

“The truth is that if I’m reformed, and there are certain books that have been heralded as the books to read, and certain teachers that have been championed as the teachers to listen to, if I go outside of the pail of those teachers, and outside of the pail of those books, I feel like I will be excommunicated, disfellowshipped, ousted. I feel like my peers and my contemporaries won’t respect me in the same way.”

Da’ T.R.U.T.H. grew up in a community that championed reformed theology and admitted that he looked down on other traditions for years.

“I was in that space for a long time … I was literally hearing a gospel song — I would hear an Israel Houghton song — right off the bat, without hearing the content, I already had a predisposed bias. And when the song would come on, I would be listening critically for what he’s gonna say wrong.”

Da’ T.R.U.T.H. thought this way until he formed relationships with people from different theological backgrounds.

“I actually ended up in their world,” he said. “I ended up in their living rooms. I ended up going to Universal Studios with them, and they became my good friends. I started going to their churches and hearing them preach and minister and watching them shepherd. When I started developing relationships with them, it gave me a brand new perspective like, ‘I gotta take these guys out of the villain category, even if they have things that are doctrinally off,’ which I’m not saying they do, but even if that’s the case, why have I pitted us against them?”

In this “us against them” rivalry, Da’ T.R.U.T.H. found value in each party.

Da’ T.R.U.T.H. shared that “Color Purple” has been met with mixed reviews. Some listeners have told him that the track has freed them from the burden of this tension, and others have criticized him for “propping up heretical teachers,” which he responded to in his interview.

“There is a distinct difference between a false teacher and someone who teaches something that is false,” he said. “If they were the same, y’all would have stoned me by now because I know I have taught something that has been false. I know I’ve misunderstood the Scriptures…

“A false teacher is someone who, in contradistinction to someone who teaches something false, embodies — that person is characterized — by fundamental teachings that are dangerous, that are unhealthy, poisonous, toxic, and their goal is to mislead.”

“I have been listening to [Joyce Meyer], watching her for 15-16 years, and I don’t know what anybody’s talking about. Look at her statement of faith online, watch her, listen to her sermons.

Da’ T.R.U.T.H. thinks that many Christians who criticize certain preachers do so without listening to their preaching, or they use isolated clips of a sermons out of context against them.

“All the people that are making these judgements, do me a favor, just listen to Joyce for a week. Listen to Creflo for a week now because even he has recanted from certain things that he placed emphasis on in the past… Over the past four years I’ve been listening to him. He’s been talking about justification by faith alone, grace alone. That’s been his emphasis — impudent righteousness that can only come from Jesus Christ, not of works. That’s been his sermon for the past three or four years…

Last year, Creflo Dollar came under nationwide criticism because his ministry sought “200,000 people committed to sow $300 or more (to) help achieve our goal to purchase the G650 airplane,” according to CNN.

Da’ T.R.U.T.H. said he didn’t know why this request was made and wouldn’t defend it, and he felt, for the sake of understanding, it was important to know why before passing judgement.

The Philadelphia-based artist wrote “Color Purple” to start a conversation, one which he hopes eliminates division among Christians who may be different, but whose differences he believes would benefit each other and the world.