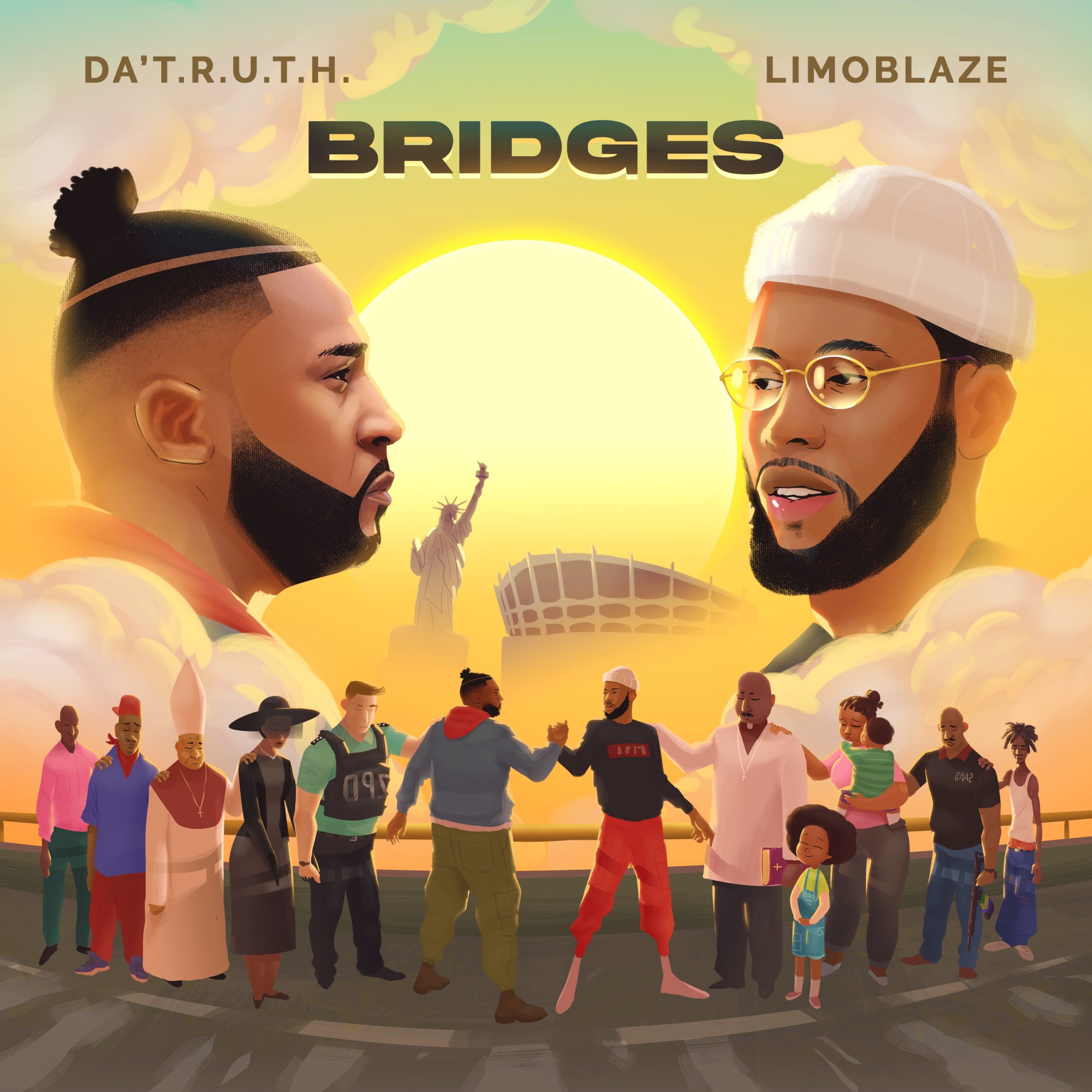 This collaborative record is a testament and a journey to both artist’s diverse sound and style. Da’ T.R.U.T.H states, “In these dark and polarizing times, Bridges is a hope-filled album that fuses hiphop and Afrobeat. It’s Upbeat, fun, and energetic melodies will make you dance, while it’s provocative themes will make you think. Two of the most highly respected artists in their respective genres have teamed up to give us a body of work that will move the culture forward in building bridges, not barriers.”

“Bridges” is poised to be a chart-hitting album as every track radiates a powerful aura that will have listeners hooked. The highly-anticipated album will be available on all digital stores on November 20th.

About Da’ Truth
In West Philadelphia, born and raised, Da’ T.R.U.T.H. (Emanuel Lee Lambert, Jr.) developed a love for music and has been performing for nearly two decades. As a leading voice in the music industry, he has been committed to using creativity in the arts to share his life experiences and faith. He has been nominated for countless awards, including 2 Grammy’s and 3 Dove Awards. Throughout his career, he has won 4 Stellar Awards and received numerous accolades.

Additionally, his high energy performances & provocative lyrics have landed him on some of the biggest platforms, including MTV, BET’s Celebration of Gospel, Gospel Music Channel, and the Stellar and Dove Awards. Similar to his peers who have blazed trails internationally, his diverse and electric performances have allowed him to embark on more than10 international tours in Arica and Europe, Australia, Canada,
and Trinidad & Tobago.

About Limoblaze
Born and raised in Nigeria, Limoblaze(Samuel Onwubiko) is known for his passion for God and also his versatility and skill in the art of music-making. He started off making music in late 2012 and has been super active in music ministry to date. He has gone on to win several prestigious awards, some of which include; The AGMMA Afro hip hop artist of the year for the years 2018 and 2019; he also picked up the award for the best international act at the premier gospel awards in 2019.

With several bodies of work over the years, which include three albums, namely; Blind (2016), Before Now(2018), and Afrobeats Rap and Jesus (2019), Limoblaze has featured and has been featured by some of the top music ministers from around the world including the likes of Da Truth, S.O., Okey Sokay, CalledOut Music, Gil Joe, Nkay etc. Limoblaze sees himself as an urban Christian artist, and his preferred genres are Afrobeats and Hip-hop, but his creativity knows no limit.