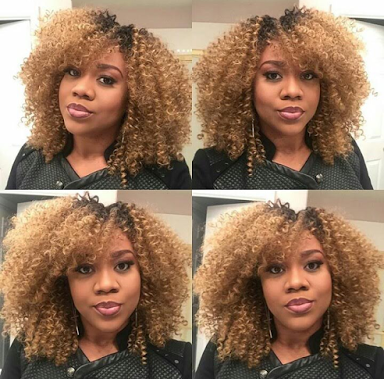 Gospel Artiste/Nollywood actress  Stella Damasus shared her story
of abuse in a new blog post. She said she hoped her story will give other women caught in violent
and abusive relationships the courage to seek
help. Read what she wrote below…

“A few days ago I was reminded that it was
okay to be vulnerable and human. I seem
to have forgotten how relaxing it can be to
let it all out sometimes, not caring if I would
be judged, laughed at or insulted. I had to
remember that it was important to share some experiences that may actually save or
help someone who is probably going
through the same thing.

My story begins on a fun and exciting Saturday
night in Lagos Nigeria, where I attended an after
party. I met a tall dark and handsome man who
was introduced to me through a mutual friend. We
spoke for a few minutes, exchanged numbers and
then parted ways. I didn’t see or hear from him again until about 6 months later when I got a call
on my way to a friend’s private birthday party. He
asked where I was and I told him where I was
going, so he wanted to meet up at the venue and
that was fine.

He came and we continued the conversation that we didn’t get to finish the first time we met. After
that night we started seeing each other more often
as he would call me and say all the right things,
then ask to see me.

So there I was feeling special, thinking that this
stud must really like me so much that he had to see me about four times a week. My head was in
the clouds because he came to me in a very honest
and humble manner, he didn’t have much but was
not embarrassed at all because of who I was and
what I had. In my head I was thinking “Wow what
a confident man”.

Needless to say, I fell for him hopelessly even
against advice from everyone around me.

The relationship started and instead of taking time
to really study and know him, I decided to give,
give and give without thinking twice. I gave time, I
gave energy, I gave money, I gave respect, I gave
submission, I gave love, I gave honor, and I gave
everything a woman would, just to make her man feel important and loved.

I gave money and everything that comes with
making a man stand proud and feel wealthy.
I did this so much that even when you ask me a
question or want me to appear somewhere I
would ask him first or look out for his expression to get approval.

He kept telling me that everyone around me
expected me to do better in choosing a man just
because he didn’t have money or a job. I bought
into that and attacked everyone, telling them that they were being unfair and judgmental. So I made
it my job to make sure he had something to do, he
had a car, he had his own apartment, he had the
latest devices etc.

All of this was to prove everybody wrong so they
could see what he could become if we just  gave him a chance and helped him.

After a while I started noticing that he became
aggressive towards my friends, anyone I
introduced him to, people I worked with etc.  All of
a sudden he didn’t like anybody anymore and
didn’t want them around us. Then it all grew into
calling me names at the slightest provocation even though I was not sure of what I did to provoke
him. He would say things like “I am doing you a
favor by being with you”, “how easy do you think
it is to find a single guy like me to date a woman
with kids”?, “you are too controversial to have a
sane man stay with you”, “the only thing you have going is your career other than that you are not
really worth it”.

There were stronger names he called me like
BITCH and other curse words he would use, but I
would rather not even write them.The worst part
in all of this is, after hearing these words over and over again I got used to it and even started
thinking that he was right.

When he was done insulting me, he would walk
up to me and say “see what you made me do, you
are the only one who can get me to this point, you
know how much I love you so why are you turning me into this monster?”, and yours truly
would stupidly start to apologize for making him
abuse me mentally.

As far as I was concerned at that time, it was
strong love and because he loved me madly, him
getting upset with me, made me the monster.

I lived in this lie for a long time and was still too
blind to see how awful I started looking and
feeling. I didn’t even want to be seen too much so
that no one would ask me if I was ill. People would
come to me with proof of him cheating but for
some silly reason I would make excuses for him. Out of fear of an argument I would not even want
to confront him about it. I was so scared that I
would ask myself “if you confront him and he
leaves out of anger, are you sure you would meet
someone else who is better? This was where i
started using the phrase THE DEVIL YOU KNOW IS BETTER THAN THE ANGEL YOU DON’T KNOW. Silly
silly phrase because the truth is, if you know
someone to be a devil you are better off without
the person.

Anyway,  I stayed in the relationship until one day
when he got upset that a guy gave me the card to his hotel because he wanted my band to sing
there. He got so mad that he punched the wall in
my study. When he did that,  it was as if a very
thick veil was pulled from my eyes. That was when
I realized that the kind of anger that made him
punch a wall can even push him to hit me since I was the cause of his anger.

I don’t know if it was the prayers of my mother or
my best friend’s, but something gave me courage
that day and kept urging me to get him out of my
life before it was too late. I yelled for my home staff
and they came into the study and I asked them to get him out. I told him boldly never to come near
me, my home or my family. That was how God
delivered me from my abuser. If he had not
punched that wall, I don’t think I would have had
the courage to end the relationship.

Sometimes, when women find themselves in an
abusive relationship, it’s easy for others to judge
them or ask them to just pick up and leave. Even
though it’s the right thing to do, it’s not that easy
when you are the one in the relationship. Abuse
takes a stronghold on the victim and messes up their mental state. If the victim is not careful she
may accept the blame and never find the boldness
to leave.

It is also worse for those who are not financially
independent.
Mental abuse can actually turn out to be worse than physical abuse because with the physical you
can prove it, you can also see the scars and they
can be treated. Don’t get me wrong it is extremely
dangerous to go through it but with mental abuse,
there is hardly any proof and no one can see the
bruises or the scars so you don’t even know how or what to treat. It may affect you mentally for
years and that is scary because it definitely affects
any other relationship you may have, if ever.

THE ABUSER’S MODE OF OPERATION

1. Identifies your weakness and uses it to gain
your love and trust

2. Tells you the things they know you want to
hear.

3. Gets rid of everyone around you who has the
ability or capability to help/rescue you

4. Makes you emotionally dependent on him

5. Feeds your mind with things that you will believe are beneficial to your relationship

6. Uses your emotions to control your mind and
reasoning

7. Tells you negative things about yourself and
repeats it so it sticks in your mind

8. Compares you to others just to prove that you are not worth it and not good enough

9. Gives you the impression that he is doing you a
favor by being with you.

10. Blames you for things even when you don’t
know about them

11. Yells and picks fights at the slightest pr