Derek Minor Releases ‘Free’ Video, Blogs About Division In The US 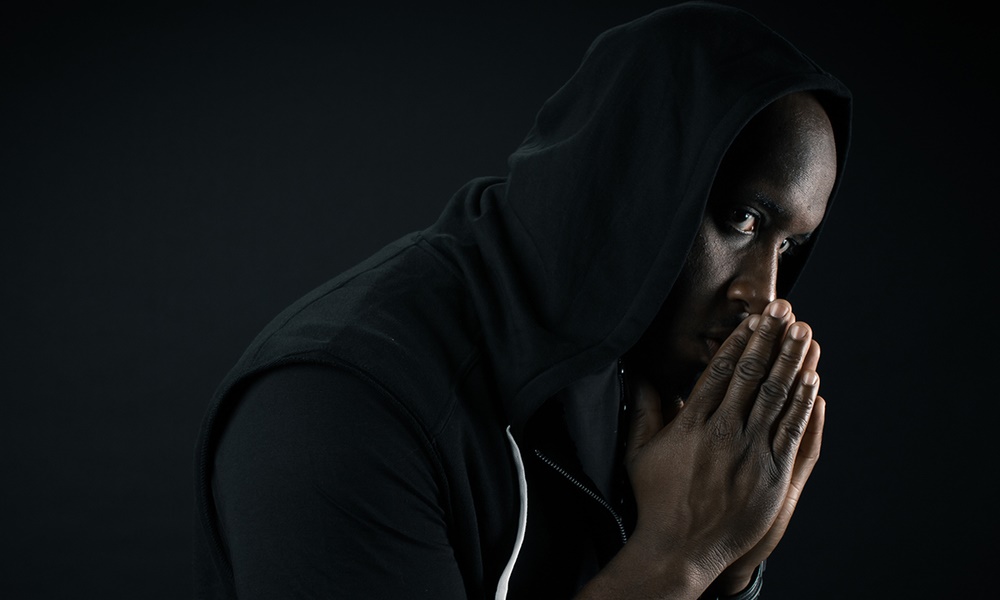 Derek Minor released a new music video on
Monday for his song “Free”, which he wrote on the
night that video of Alton Sterling’s death surfaced online.

Alongside the video, Minor published a blog post about what inspired the visual — American
division. Both are below.

In 2006, the first video I remember seeing online
was “Afro Ninja.” An athletic black man with an afro
glares into the camera with the confidence of 10
Kanye Wests. He gives a sneer and attempts a
backflip that ends in a face plant of epic
proportions.

What got me was he tried to get up and finish a routine that I’m sure he’s practiced
several times. He spins his nunchucks but
eventually falls off screen and into my brain’s
archive of laugh out loud. Oh, the joy of
technology!

As time has progressed, we’ve seen more content uploaded to the Internet every day. Along with the
funny, we’ve also seen some of the darker side of
humanity archived on the Internet. But it was a few
weeks ago that I received a very disturbing one. A
friend sends me a link along with a text that said
“Not Again.” It was the video of the death of Alton Sterling. My heart sank. I told my wife that I needed
to go to the studio. She knows that’s my safe place.
I just intended on messing around on the
keyboard but 3 hours later, the song “FREE” was
mastered and on Soundcloud.

mastered and on Soundcloud.
Who knew that in the next days we’d see the death of Philando Castille, the death of police officers in
Dallas and Baton Rouge, and international terror.
I don’t want to take this time to unpack the
complexities of racial biases in America. I wrote
about that in a blog called “The Case for Love.”
following the death of Mike Brown. But what is apparent is that there is a real problem. Our United
States are not “United” but untied. We must accept
that. Accepting that there is a real problem is the
first step in finding a solution. It’s not a black
problem. It’s not a white problem. It’s an American
problem. We don’t need sensationalized politicians using these problems as a platform to gain power.
We need real reform, real solutions and it starts with
ALL of us.

I wanted to bring that idea to life in the music video
for my song “FREE.” I think our country has been
sleep. We’ve been too preoccupied with ourselves to be “United.” Right now emotions are high and
everyone wants change. What do we do?

What do we do?

To be honest, I don’t know. These issues are so
complex and deep rooted that I dare not
arrogantly boast that I have the answer. I do know
this: Clearly, the answer isn’t vigilante justice. We
have a justice system for a reason and if individuals
begin to become our own judge, jury, and executioners then chaos ensues.

I know the
answer isn’t silence. Many have said, for the sake of
unity, I should be quiet. There are big problems
with that statement. For starters, We aren’t unified.
Just look around and you’ll see that as a truth.
Silence only affirms a false sense of everything being ok, simply because those that are hurt aren’t
being heard. That allows their fear, pain, and
oppression to not inconvenience us. We must
know the answer isn’t ignoring the problem. You
don’t ignore cancer. Although, you may not see the
effects of it right away, it will kill you if not removed from the source. What we are seeing is cancer
ignored and buried away in hopes that it will heal
itself. It won’t.

We have a diverse country with scores of
differences. We have so many cultures that have
added so much to our great nation. We don’t agree on everything but we must find common ground
and begin real dialogue at the federal, state, and
human level. After dialogue, we need action at the
federal, state, and human level. We don’t have all
the answers but if there’s going to be change, I’m
convinced we have to find it TOGETHER.