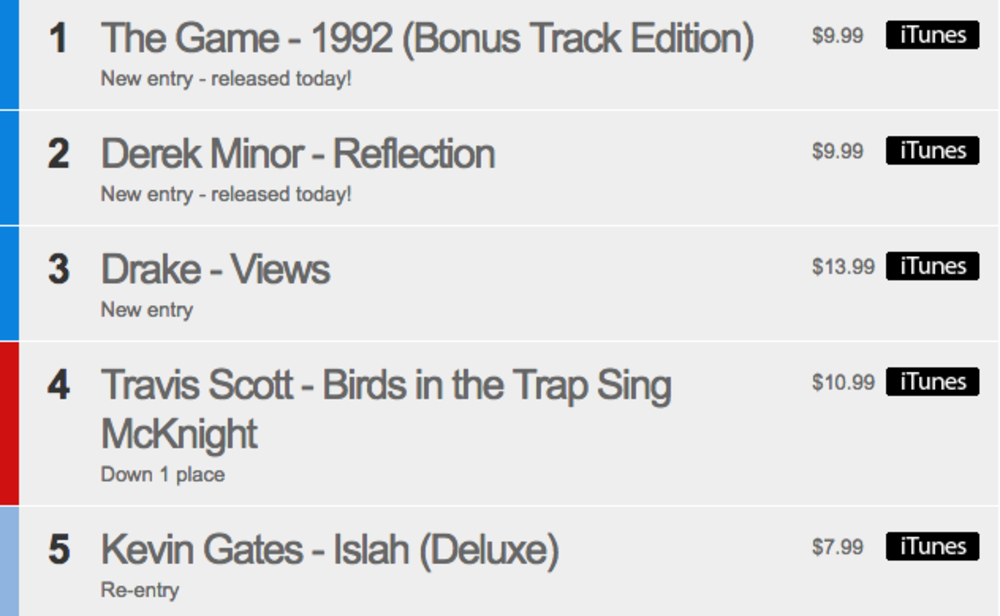 Nestled in nicely between the Game’s 1992 and Drake’s Views on the iTunes Top 40 US Hip-Hop Albums, is Derek Minor’s freshest release of Reflection, sitting in the no. 2 spot.

The rapper released the album at midnight October 14, and the much-anticipated release has been getting a ton of praise on social media.

Minor retweeted the following from a fan:

Every other tweet this morning is about the greatness of @thederekminornew album. I guess I better get with the program! LOL#Reflections

Last night Derek Minor took over the Rapzilla Facebook and streamed live until the album’s release.

It’s based off of the idea that you were made in the image of God, and you have value just based off of the that,” Minor said of the album. “I feel like, in our culture today … because we’re more connected to each other than we’ve ever been, you would think that would almost create more of a confidence or create more diversity, but what we’ve seen is how divided we are.” Read morehere.