Descendant Of Muhammad: Jesus Brought Me Back To Life After Being Stabbed Nearly to Death 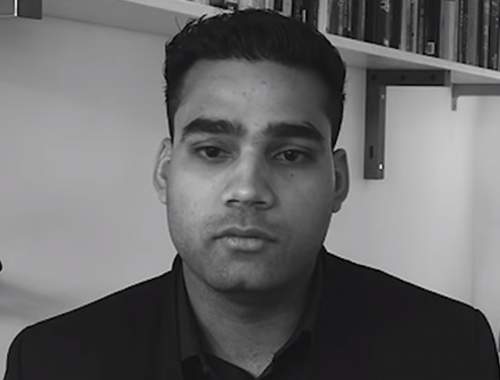 A Pakistani descendant of the Islamic prophet
Muhammad who was nearly stabbed to death
by radical Muslims and brought back to life by
the power of Jesus Christ, has released a new
book detailing the life-threatening extremism
he escaped and his life on the run.

Ali Sayed Husnain Shah, who comes from a
prominent Shia Muslim family with direct
genealogical connection to Muhammad, details
in new book, The Cost: My Life On a Terrorist Hit
List, how he went from being a member of one
of the most prestigious Islamic families in Lahore to an infidel being forced to move from
city to city in order to escape the wrath of
Wahabi radicals who sought to kill him.

It all started when Ali, which is not his real
name, was sent on a trip to Oxford, England, in
2007 at the age of 15 to visit his sick and
elderly aunt Gulshan.

Having a hard time believing that his aunt
would dishonor his prestigious Shia family by
becoming a Christian, Ali eventually learned
that his aunt had written a book about her
conversion. He obtained a copy and read it so
he could learn why his aunt would abandon her Muslim heritage.

After reading the book and still having trouble
comprehending why she became a Christian,
Ali decided to attend a church service with her
one day so he could learn more.

While at the church service, the pastor asked
the congregants, “who wants to see Jesus?”

Although Ali was a Muslim, he felt compelled to
walk to the front of the church so he could
finally get to see Jesus in hopes of
understanding what his aunt saw in Him.

“I wanted to see Jesus. He was the riddle at the
center of all this, the reason aunt Gulshan had
turned her back on her family, her heritage and
her religion,” Ali wrote. “He was the one who
was to blame, and here was a man offering me
the chance to see Him for myself.”

The pastor prayed for Ali and told him to close
his eyes. While the man prayed, Ali said he felt
the heat coming from the pastor’s hand while a
light behind his eyelids got brighter and
brighter. Ali said his legs crumbled and he was
drained of all his power and strength.

“My son,” Ali recalled a voice calling out to him.
“You wanted to see me. I’m here. Obey me. I
will forgive your sins and give you eternal life.”

That night, Ali went back to his aunt’s house
and sleep came quickly for him. That night, Ali
said Jesus appeared to him in a dream.

“Don’t be afraid,” Ali remembers Jesus telling
him in the dream. “I will protect you.”

Ali’s Muslim faith was forever put into question,
which would only make things extremely
difficult for him once he returned to Pakistan
where apostates from Islam are heavily
persecuted and sometimes killed.

Upon Ali’s return to Pakistan, he became
distant from the mosque and the traditional
Muslim prayer culture. Instead of going to a
mosque to fulfill his spiritual needs, Ali started
going on the top of his home’s roof to pray to
Jesus.

Worrying about how to conceal his new-found
beliefs from his family and Muslim society, Ali
wrote that he felt peace and comfort when he
went to the roof to pray.

Although Ali was successful in keeping his
belief in Jesus Christ hidden from his family and
friends, it wasn’t long until he made the
mistake of telling his classmates that the right
way to seek forgiveness is to pray to Jesus.

After Pakistani Prime Minister Benazir Bhutto
was assassinated in 2007, Ali’s schoolmates
got into a conversation outside of the
schoolyard about the right way to sacrifice an
animal in order to be absolved of sin.

“You are wrong,” Ali said. “Sacrificing an animal
is not the right way to deal with sin. I had a
dream when I was in England that showed me
the truth. If you want to know how to deal
with sin, you have to pray to Jesus.”

The next day after leaving school, Ali’s
schoolmate and a number of the boy’s cousins
attacked him. After Ali was kicked to the
ground and his legs and feet were pinned
down, he noticed an older man with a beard
and turban approaching.

“You tried to make kafir out of our children,”
Ali remembers the man telling him. “Islam gives
me the right to kill any infidel who does that or
speaks against our beloved prophet.”

The man, who Ali later found out was a part of
a Lahore Sunni Wahabi radical group, then
reached into his pocket and pulled out a
switchblade knife and stabbed Ali in the chest.
The knife just narrowly missed Ali’s heart but
punctured his lung.

Ali couldn’t struggle anymore and fell
unconscious as the pain in his chest was just
too great.

Ali said the next thing he knew, he was being
approached by Jesus.

“You were injured because you were
defending me.” Ali recalled Jesus telling him. “I
will not let you die … I will protect you.”

When Ali came back to consciousness, he was
informed by his mother that a security guard
had found him and brought him to the
hospital. However, Ali’s lungs and stomach
were so pooled up with blood that the doctor
believed Ali only had 20 minutes to live.

After it appeared that Ali was going to make it
out alive, the doctor told him that he couldn’t
explain what happened to the pool of blood
that he was unable to drain out.