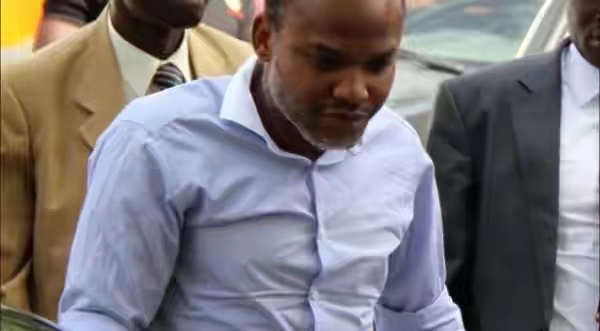 Prophet Princewill Iheme has foreseen that President Muhammadu Buhari will soon release the leader of the Indigenous People of Biafra (IPOB) Nnamdi Kanu.

In an exclusive statement for NAIJ.com, the prominent man of God also said that president-elect of the USA Donald Trump will not support the Biafra independence.

Prophet said: “My fellow Nigerians, I’m not afraid to deliver God’s message the only thing that can happen to a man is death which is the biological zero point of a man. Every human being must die one day.”

“God revealed to me that President Donald Trump can’t give Biafra. The only thing that can give Biafra is unity among the Biafrans. The Biafra agitators are not united so how do you think that Biafra will stand as a country? If all Biafrans unite together as one they will get Biafra before one year. So if you need Biafra there must among Biafrans first.”

The cleric further added that Nelson Rolihlahla Mandela was a South African anti-apartheid revolutionary protester who achieved his goal because all the blacks in South Africa supported only him as their leader during the protest.

“But I have begged President Muhammadu Buhari to release Nnamdi Kanu to reduce tension in Nigeria because his death would cause war. Igbo president cannot give but will cool down Biafra agitators, Boko Haram, Niger delta militants, Fulani attack,” he added.

The man of God, who appears to be an ardent pro-Biafra supporter, many times repeated that only Igbo president would save this country.

He was cited as saying that the Igbo tribe should form a strong political party and elect next president.

The pastor also earlier predicted that Governor El-Rufai of Kaduna state would become an opponent to Muhammadu Buhari in 2019 presidential election.

The Nigerian leader in 2015 media chat has explained that he cannot release pro-Biafra leader because he has two passports and could jump bail and run away to the UK.