Does Kanye West’s ‘Famous’ Video Cross The Line With Christians? 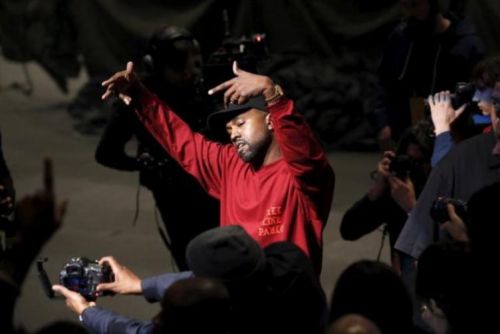 Kanye West is glorifying God for the release of
his controversial “Famous” music video, but is
the rapper who is a self-professed Christian
crossing the line by claiming that God helped
him create his latest album?

“The ongoing argument musically and lyrically
(for Christians) is, ‘what is considered ungodly
or unrighteous as it pertains to music, videos
and other content platforms,” David L. Moody,
Ph.D, the author of Political Melodies in the Pews?: The Voice of the Black Christian Rapper
in the Twenty-first-Century Church told The Christian Post. “I really don’t think Kanye had
any intentions of spreading the Gospel
message of Jesus Christ when he produced
‘Famous.'”

In West’s music video, life-like wax figures
bearing an uncanny likeness to some of the
most recognized faces in popular culture are
laying naked with one another in a huge bed.
His wife, Kim Kardashian, her singer ex-
boyfriend Ray-J, former President George Bush, presidential hopeful Donald Trump, singer
Taylor Swift, West’s ex-girlfriend Amber Rose
and disgraced comedian Bill Cosby all have
wax figures sprawled across the sheets in the
visuals for “Famous.”

In an interview with Big Boy Radio earlier this
year, West described The Life Of Pablo album that features “Famous” as “a gospel album with a whole lot of cursing on it.
… I’m only doing 1 percent, 2 percent of the
work and God is doing the rest of the work.”

The release of West’s latest visuals that
accompany his album might lead people to
question whether his artistic expression falls in
line with his self-professed Christian values.

Moody, a professor at SUNY Oswego, said “The
bigger question is what Kanye West perceives
his relationship with the Lord to be. How
genuine is his walk with Jesus Christ?”

The “Famous” music video is an interpretation
of artist Vincent Desiderio’s 2008 painting “Sleep,” where figures are laying naked next to one another in similar fashion. But West’s
particular vision has reportedly offended
friends of Taylor Swift and singer Ray-J who claimed it has caused a rift in his engagement.

Despite the backlash that the rapper has
received, Desiderio said West’s interpretation of
his painting was brilliant.

“Kanye saw things in it that I don’t know how
he could’ve seen. Kanye is truly an artist,” he
told The New York Times. “Talking to him was like speaking to any of my peers in the art
world — actually, more like talking to the
brightest art students that have their eyes wide
open.”

West seemed proud of his own work when he
took to Twitter to glorify God while editing the video.

“I feel so blessed thank God for every up and
every down,” West wrote. “Making final tweaks
to the edit. Feeling very inspired.”

While the world might never know West’s
spiritual convictions about the music video,
Moody surmised that the rapper could have
had a conversation with God before its release.

“Perhaps Kanye had a conversation with God
before he released the for ‘Famous”
and maybe God said, ‘In time we will all stand
in judgment before the throne of the anointed,
the liberating king, to receive what is just for
our conduct (whether it be good or bad) while we lived in this temporary body (2 Corinthians
5:10 ),” said Moody, the author of The Complexity and Progression of Black
Representation in Film and Television.