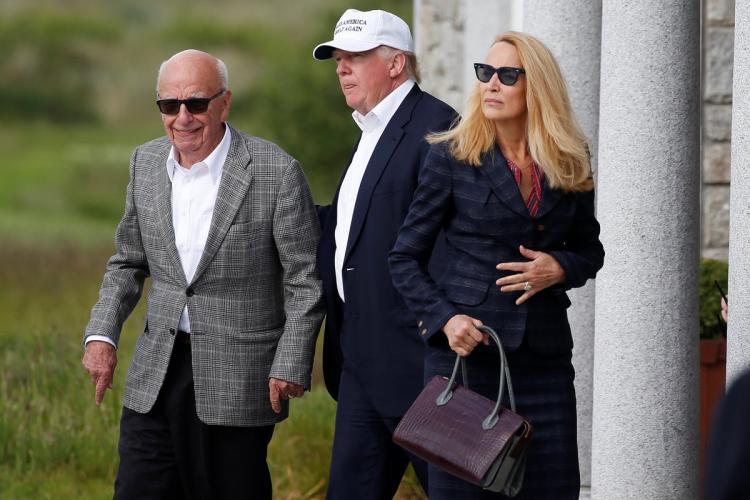 Donald Trump’s solution for Americans worried
about their retirement funds in the wake of
Britain’s vote to leave the European Union?

“Americans are very much different,” the
presumptive GOP presidential nominee said
Saturday at his golf resort outside Aberdeen,
Scotland.

“This shouldn’t even affect them, frankly, if it’s
done properly, if we had proper leadership.”

Although the world’s markets lost $2 trillion
Friday after the Brexit vote was finalized, Trump
inferred that Wall Street was more concerned
about the U.S. debt and President Obama’s
economic policies than the EU.

The Donald was accompanied by media
magnate Rupert Murdoch and his new bride
Jerry Hall as he zipped around the property in a
golf cart.

Standing on the 10th fairway of the wind-swept
course overlooking the North Sea, Trump
brushed aside questions about Texas following
Britain’s lead and seceding from the U.S.

“Texas will never do that,” Trump said,
“because Texas loves me.”