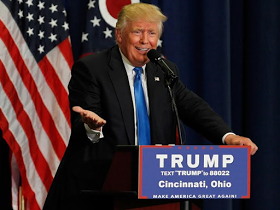 Donald Trump blasted the media calling them a
bunch of “liars” and “bad people” and slammed
the press for negatively reporting his praise of
former Iraqi dictator Saddam Hussein during an
event in North Carolina the night before.

He added that reporters were “liars” and “bad
people.”

“What I did say is that he was good at one
thing, he was really good at one thing,”
Trump said. “That was killing terrorists. He
didn’t wait around and give trials that lasted
18 years,” he continued. “And then after 18
years if they had the right lawyer they erect a statue of the terrorist. Not with Trump.