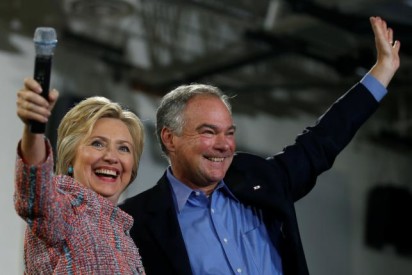 Twitter blew up when Hillary Clinton formally
accepted the Democratic Party’s presidential
nomination on Thursday. The following is a
selection of reactions, from Clinton supporters and
her Republican opponent Donald Trump:

Great speech. She's tested. She's ready. She never quits. That's why Hillary should be our next @POTUS. (She'll get the Twitter handle, too)

I congratulate @HillaryClinton on this historic achievement. We are stronger together.

Hillary Clinton was never renowned for oratory, but tonight's speech was the best I've ever seen her give–esp when standing up to Trump

One day, Donald Trump is going to look a reporter straight in the eyes on national TV and say "I never ran for President."

More than ever, I’m with her, our next President.