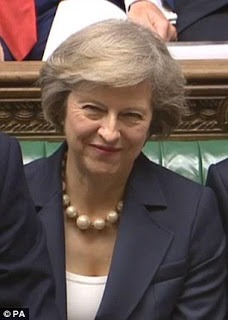 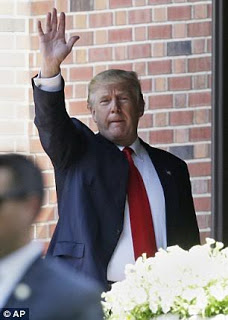 Theresa May, the new UK Prime Minister has
clashed with U.S Presidential Republican candidate
Donald Trump over his claims last year that there
were ‘no-go zones’ for frightened police in
London because of radical Islam.

Last year the Billionaire business man said ‘We
have places in London and other places that are so
radicalised that police are afraid for their own
lives.’ and said he won’t have a good relationship
with the outgoing UK Prime minister David
Cameron if he became president of America after Cameron criticized his comments.

Theresa May has now confirmed her relationship
with Trump is unlikely to be any better after calling
him ‘plain wrong’..

‘I can assure you that Donald Trump has got it
absolutely wrong. The police in London are not
afraid to go out and police the streets. I
understand he said that Muslims were not coming
forward in the United Kingdom to report matters
of concern. This is absolutely not the case – he is just plain wrong.

‘Politicians should be very careful as we are
dealing with the issue of terrorism, as we fight
terrorism, we need to be bringing communities
together. Bringing greater cohesion in
communities, not seeking to divide.’ 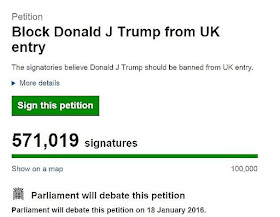 More than 570,000 people have signed a petition
to ban Donald Trump from entering the UK.