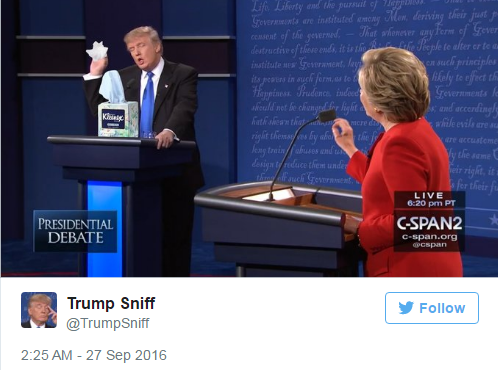 Clinton was diagnosed with pneumonia earlier this
month and her campaign team has constantly
refuted claims by Donald Trump that she is not
medically fit to be president, so Twitter users
reacted when they saw Trump sniffling repeatedly.
More tweets after the cut. 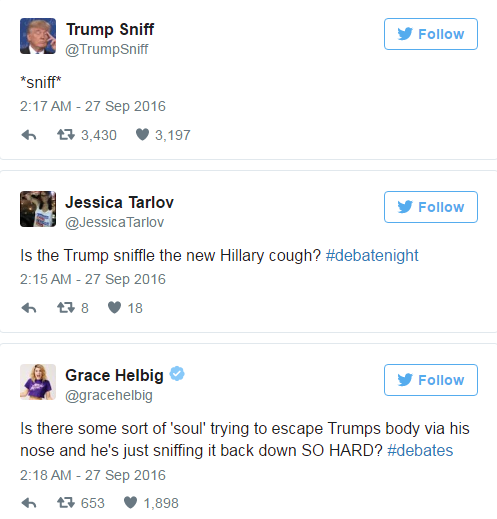 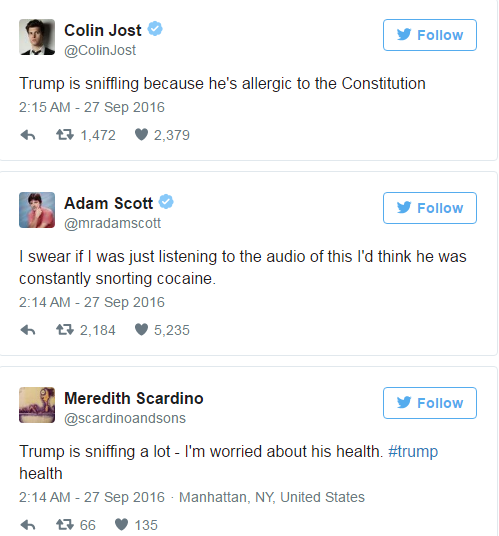 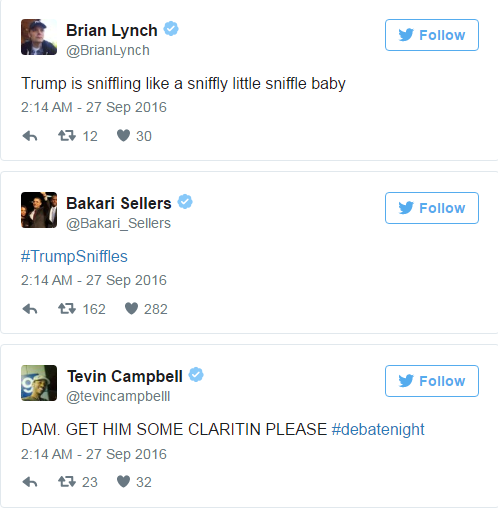 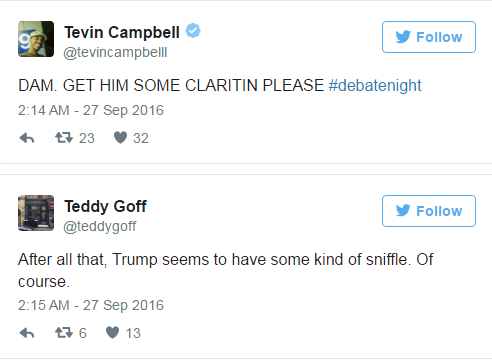