Donald Trump Praises Putin For Delaying Any Retaliation Against The US After Pres. Obama’s sanctions 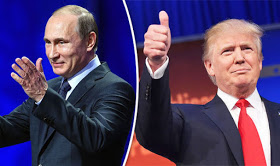 Russian president Vladimir Putin has decided not to retaliate against the US for expelling 35 Russian diplomats and imposing sanctions on two of the country’s intelligence agencies on Thursday. He made this statement after Russian Foreign Minister Sergei Lavrov said the country planned to expel 35 U.S. diplomatic staff from Moscow and close two facilities used by the U.S. embassy in Russia.

The RIA news agency quoted Putin as saying that he would consider the actions of President-elect Donald Trump, who takes office next month, when deciding on further steps in Russia-U.S. relations. A move President-elect Trump approved.

He took to his Twitter account to Praise Putin for his decision, saying he was a smart man.

He then tweeted later in the day mocking CNN and NBC News. 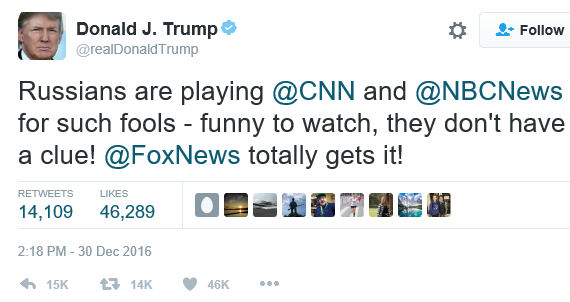