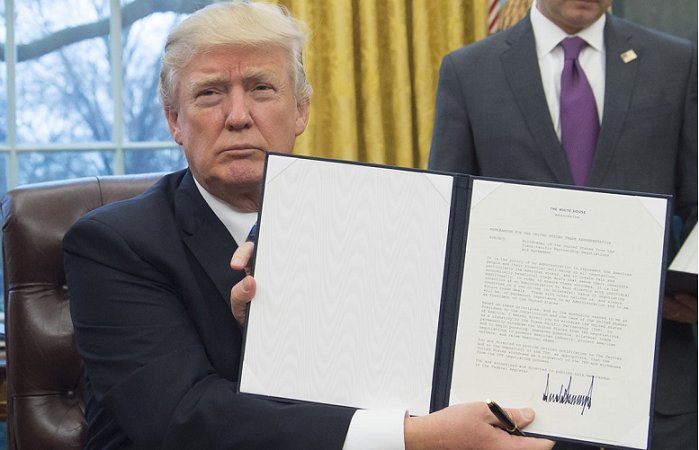 U.S. President Donald Trump has revoked the Presidential Memorandum on Mexico City Policy and Assistance for Voluntary Population Planning, which allowed voluntary abortion in the U.S.

“I direct the Secretary of State, in coordination with the Secretary of Health and Human Services, to the extent allowable by law, to implement a plan to extend the requirements of the reinstated Memorandum to global health assistance furnished by all departments or agencies.

“I further direct the Secretary of State to take all necessary actions, to the extent permitted by law, to ensure that U.S. taxpayer dollars do not fund organisations or programmes that support or participate in the management of a program of coercive abortion or involuntary sterilisation.”

Mr. Trump said “the memorandum was not intended to, and does not, create any right or benefit, substantive or procedural, enforceable at law or in equity by any party against the United States, its departments, agencies, or entities, its officers, employees, or agents, or any other person”.

“The Secretary of State is authorised and directed to publish this memorandum in the Federal Register,” the statement read.

With the revocation, Mr. Trump has barred U.S federal funding for foreign NGOs that support abortion, relaunching a battle that has long divided Americans.