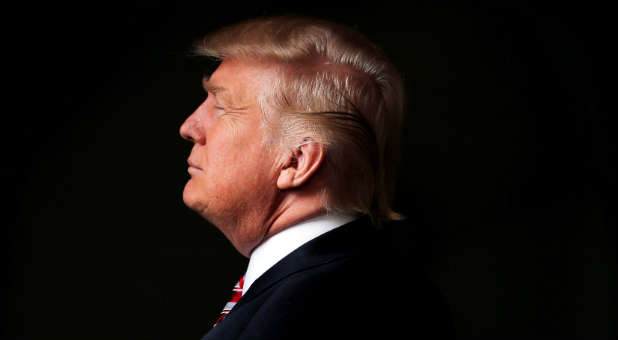 Though Trump has reportedly not changed his
mind regarding immigration, Bramnick said
Trump showed greater understanding for the
plight of Latinos than he had in the past.

“I personally felt that I saw a different side of him
from some of what has come forth in his
statements previously,” Bramnick said. “He
seemed to understand the plight of the
undocumented, the plight of the Latino here in
America, and really showed a willingness to wanting to work with our community.”

Rodriguez has been openly critical of Trump in
past months, but this meeting suggests the two
men may be able to find common ground.
Bramnick said NHCLC and Trump actually agreed
on many immigration-related issues: the
importance of strong border security, comprehensive immigration reform and
deportation for illegal immigrants with criminal
records.

As president of the Hispanic Israel Leadership
Coalition, Bramnick was also encouraged by
Trump’s addition of a pro-Israel advisor, Jason
Greenblatt, to his campaign. Trump also
reportedly demonstrated genuine concern for
the state of religious liberty.

“He told us in the meeting that he’s very, very
concerned that Christians are losing their rights
in America, that we no longer can even speak or
express what we believe,” Bramnick said. “And
he did say that if he becomes president, he’s
going to change things to make sure that we as Christians have our religious liberties restored.
He said he’s concerned about Christians, he’s
concerned about Jews, and he wants to help.”

Yet Bramnick said he was not endorsing any
candidate at this time. Instead, he exhorted
evangelicals to be prayerful and seek God’s
wisdom during this election cycle.

“We need to cry out for our nation. We know the
answer isn’t coming from the Republican party
or the Democratic party, but coming from the
Lord. We all have expectations of great revival or
great third awakening, but we’re in very difficult
times. We’ve been called to be light, we’ve been called to be salt, and we are the ones by the spirit
first—not by power, not by might, but by God’s
spirit—to cry out to God, to decree and declare,
to bring our nation back to its original godly values.”