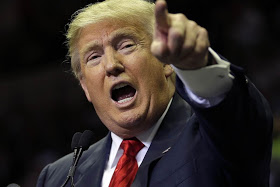 U.S presidential candidate Donald Trump seemed to suggest that he’ll carry out legal action against NBC for leaking a 2005 video of him making lewd comments about women to Washington Post.

O’Reilly then asked him “Do you think you would be ahead if not for the ‘Access Hollywood’ stuff?”

Trump claimed that the tape represented an “illegal act” by NBC.

“I just don’t know. I think it was very negative, it was locker room talk,” Trump said. “The microphone was not supposed to be on, not that I make that as an excuse for myself, but certainly it was an illegal act from NBC.”

Trump said it was “absolutely” illegal because “that was a private dressing room.”