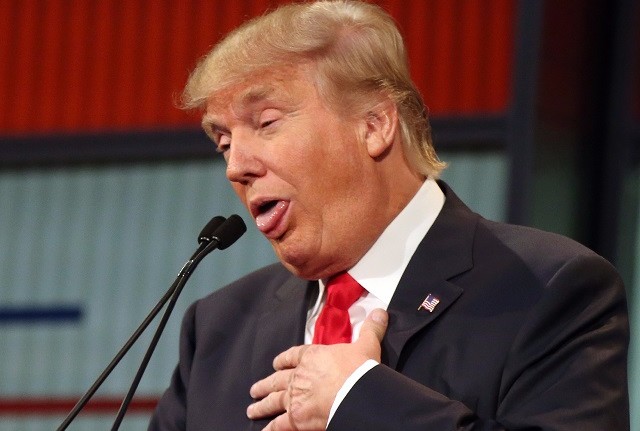 US Republican presidential  candidate Donald Trump has  threatened to deport millions  of people in his “first hour” of  office – if he becomes  president – even as he vowed  to build a wall on the border  with Mexico, defying  expectations that he would  soften his stance on  immigration.

The presidential aspirant also vowed to create a special “deportation force” that would seek to remove all who didn’t have permission to live and work in the country.

Speaking hours after a brief meeting with President Pena Nieto of Mexico, Trump told a rally in Phoenix, Arizona, that he will be sticking to his plan for a “deportation force” to intercept illegal border crossers and hunt down illegal aliens already in the US.

His hardline comment was well received with a roaring approval from his core supporters, while his few remaining Latino allies, who had expected a tack towards moderation, reacted in dismay.

Anyone who has entered the United States illegally is subject to deportation. We will begin moving them out, day one. My first hour in office, those people are gone,” he said, adding that “there will be no amnesty.”

Trump, who trails Hillary Clinton in the polls with just 69 days to the election, had recently fuelled expectations of a “softening” of immigration policy, prompting speculation about a flip-flop.