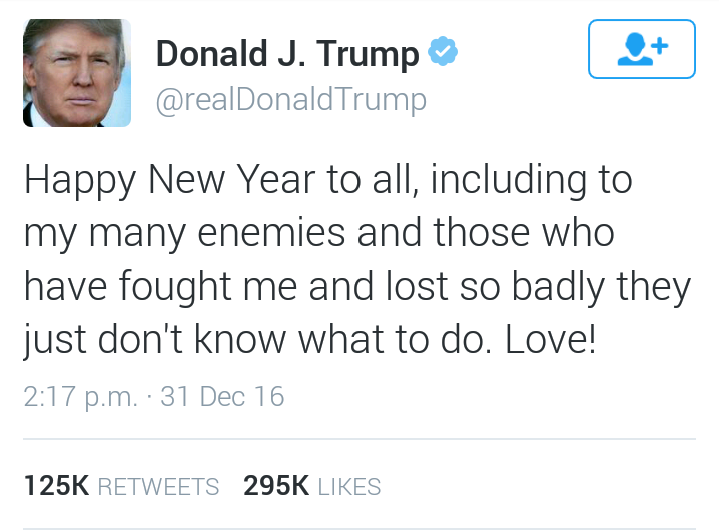 Trump hosted a party at his Mar-a-Largo club in Palm Beach for 800 guests, including Sylvester Stallone, according to Sean Spicer, incoming White House Press Secretary.

U.S. President Barack Obama also sent a new year’s message on Saturday, saying it has been privilege of his life to serve as US president.

Obama also thanked U.S. citizens for everything they have done “to make America stronger these past eight years.”

The comments are part of Obama’s weekly audio message, one of the last of his two terms in office.

He highlighted some of his administration’s achievements, including reversing an economic recession, withdrawing U.S. troops from Iraq and Afghanistan and taking steps to provide US citizens with health insurance.

“Almost every country on Earth sees America as stronger and more respected today than they did eight years ago,” Obama said, adding that it will take all of the nation “moving forward together” to continue building on all that had been achieved.