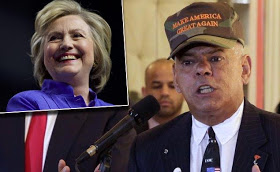 Al Baldasaro, a New Hampshire state
representative and member of Donald Trump’s
GOP veterans’ coalition has repeated calls for US
Presidential candidate Hillary Clinton to be
executed and says reporters misunderstood the
type of harm he wishes her. According to Al, Clinton’s use of private e-mail servers while she
was secretary of state could be seen as treason, to
which the punishment is death. 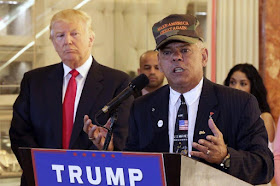 In a radio show , Al Baldasaro, an army veteran
said

“This whole thing disgusts me. Hillary Clinton
should be put in the firing line and shot for
treason.”.
But after the US Secret Service said they have
started investigations into Al Baldasaro’s
comments, for his encouragement of violence, Baldasaro now claims that he is the victim.

“The liberal media took what I said and went
against the law and the Constitution and ran with
it, and they said that I wanted her assassinated,
which I never did,” Baldasaro told MassLive.com
on Tuesday.

“I said I spoke as a veteran, and she should be
shot in a firing squad for treason.