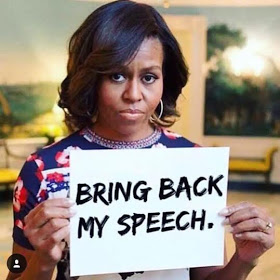 Donald Trump’s campaign team has issued a
statement on the controversy surrounding his
wife Melania Trump’s speech at the Republican
National Convention in Cleveland last night.

“In writing her beautiful speech, Melania’s
team of writers took notes on her life’s
inspirations, and in some instances
included fragments that reflected her own
thinking,” Trump spokesman Jason Miller
said. “Melania’s immigrant experience and love for America shone through in her
speech, which made it such a success,”
Miller added.