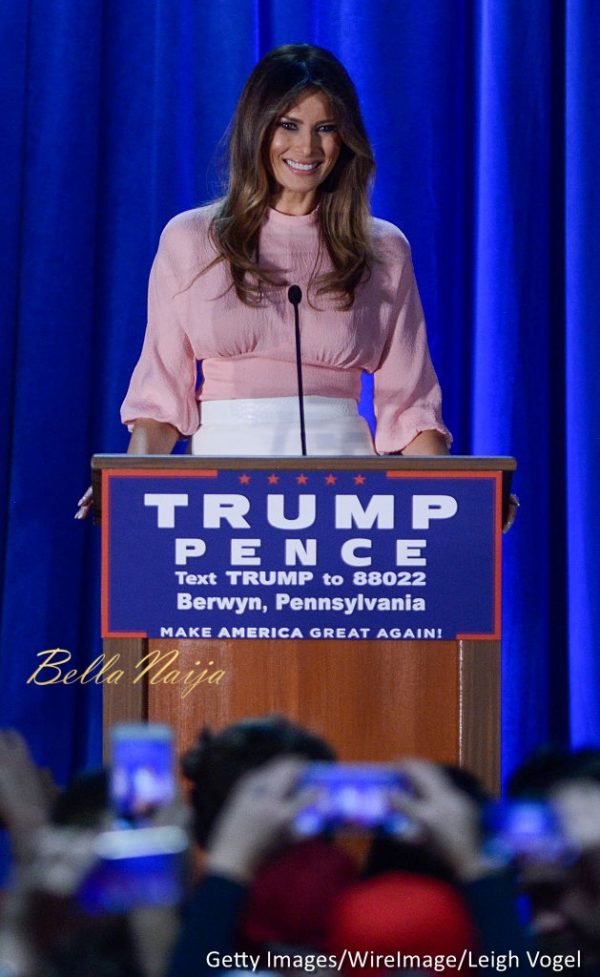 Donald Trump’s wife, Melania Trump, gave a rare speech on Thursday November 3 in Berwyn, Penn as she and her husband count down to the final days of the election process.

The 46-year-old former model gave the speech at a campaign stop and told the crowd what she will do if she becomes First Lady of the United States.

Melania says that she plans on fighting cyberbullying if her husband becomes the president.

“As we know now social media is a centerpiece of our lives. But like anything that is powerful it can have a bad side,” Melania said during the speech. “Our culture has gotten too mean and too violent. It is never OK when a 12-year-old girl or boy is mocked, bullied or attacked. It is terrible when that happens on the playground and it is unacceptable when it’s done by someone with no name hiding on the internet.”