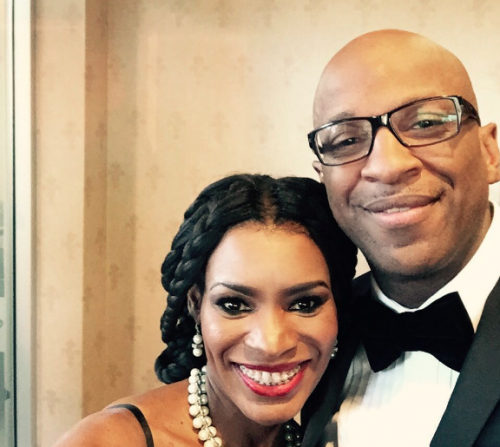 Donnie McClurkin was the musical guest on TBN’s long-running “Praise the Lord” ministry show Thursday night where it was revealed that he and Nicole C. Mullen are getting married.

Matt Crouch and his wife, Laurie, were joined on the show by guests A.R. Bernard and McClurkin where the former revealed that he would be giving McClurkin marriage counseling in the near future.

Rumors that McClurkin and Mullen were dating started circulating after the two attended this year’s Stellar Awards together. But the gospel singers never made an official announcement about their romance until Thursday’s episode of “Praise the Lord.”

Bernard hinted at McClurkin’s engagement during a discussion about his new book, What Women Want From Men. Crouch then stood up and announced that the 56-year-old “We Fall Down” singer and Perfecting Faith Church pastor is, in fact, on course to get married.

“OK, are you ready for something? You want me to just drop something on ya?” Crouch asked the audience as he shouted, “Donnie McClurkin’s getting married! Come on!”

The audience erupted with praise as the camera zoomed in on a stunned McClurkin who was possibly not aware that Crouch would make that announcement on an international television show. Laurie, afraid that her husband had spoken too soon, asked if they should consider editing the information out of the program but McClurkin then proceeded to explain his decision.

“Well praise God,” McClurkin responded. “Honestly, the only thing in my life that is missing is marriage. The only thing that is missing in my life that can cause real family, is marriage. Financially I’m there, spiritually I’m almost there, emotionally I’m getting it together, but the only thing that’s missing out of everything that I’m doing locally, cross country and globally is that aspect that makes family, family — is that wife that would make man whole, that element that brings favor to man.”

The pastor went on to quote Proverbs 18:22. The verse says “he who finds a wife finds a good thing, and obtains favor from the Lord.” And that is what McClurkin says he’s looking forward to in this season of his life.

“I have a lot of great things, but I don’t have a good thing, and there’s favor that can only come through marriage to a man,” he continued.

The New York-based minster talked about
spending his nights watching Cartoon Network
until 2 a.m. and confessed that he has come to
realize the missing part of his existence is to have a
help mate

Bernard agreed that a wife is the accountability
partner that God gives to men to help them in the
maturation process. The show then progressed to
become an on the spot premarital counseling
session for the Grammy Award-winner.

Twenty-three minutes into the program Crouch
asked McClurkin to name his future bride. McClurkin
then described how God brought he and Mullen
together on an airplane ride in December 2015.

He said they’ve known each other for 15 years, and
had time to chat when they were seated next to
each other on a flight to the Ivory Coast during
which they spoke for eight hours.

Both singers have been open about their love lives
in the past. Mullen was previously married to CCM
singer-songwriter David Mullen, before they announced their divorce in 2014.

While McClurkin has never been married, the single
father has been open about his struggles with his
feelings of loneliness.