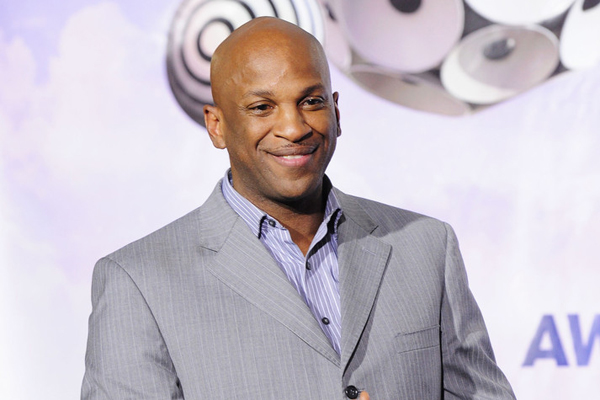 As Kim Burrell is raked over the coals in media for her comments on homosexuality, many within the gospel community have been silent.

Now GRAMMY® Award-winning singer Donnie McClurkin is both breaking and explaining his own silence, while making it clear that he is “holding Kim Burrell up in prayer.”

“Let me tell you something. Everything I want to say, I will say to Kim,” said the “We Fall Down” singer on Periscope early Sunday, Jan. 8.

The New York-based pastor of Perfecting Faith Church in Freeport used James 1:19 as the foundation for his hesitance to speak out, telling followers, “The Bible says you’ve got to be slow to speak, quick to hear and slow to anger. And so I’ve got to sit back, and I’ve got to pray.”

The high-profile minister’s response comes on the heels of RCA gospel artist Tasha Page Lockhart’s tearful plea for gospel industry veterans and other Christians to come forward on Burrell’s behalf, and defend her.

“Kim is my sister, always will be. Whether I agree or don’t agree, that’s for brothers and sisters to discuss, but she’s my sister in Christ and I love her. Always will,” said McClurkin, 57, who has previously shared his testimony of being molested by male relatives and subsequently delivered from the sin of homosexuality.

The Pentecostal preacher knows exactly what it is to be ridiculed. In 2015, he hit back at “Empire” creator Lee Daniels over a jab at his gay past.

Further back, in 2013, gay rights advocates went on a witch hunt over McClurkin’s teaching that those bound by same-sex attractions can change, causing him to withdraw from a MLK Memorial in Washington, D.C.

“That’s our sister and we hold her up in prayer, and we cover her with the love of the Lord. Please continue to pray. Pray and love on her,” he asked on behalf of his friend.

Although McClurkin refused to publicly share any words of advice for Burrell, he did advise those watching his Periscope video on how to represent Christ to the world.

“Let’s share the grace of God with mankind and the love of God, and let’s make sure that we represent the true essence of Jesus—the love, the wonderful, beautiful love of Jesus Christ,” he said.

Keeping mind that everyone is privy to remarks made on social networks, McClurkin told viewers, “And remember that social media is a public arena and everything that is on social media is broadcasted in some way or another, but it doesn’t have to be.”

He added, “If I’ve got something I need to say to someone, I can go to them one-on-one and consult, confer and even confront them if necessary. But surely, if this is a general media, then we need to be general in our presentations and not personal.”