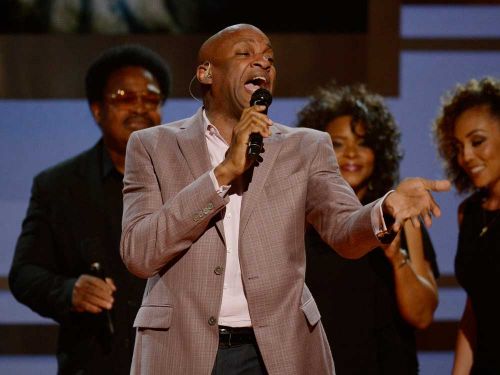 Donnie McClurkin is touring the country to
celebrate a decade in radio programming.

The 56-year-old pastor of Perfecting Faith
Church in Freeport, New York, has hosted a
successful morning radio show for 10 years
and is celebrating by embarking on “An
Evening With Donnie McClurkin-10 Year Radio
Anniversary” tour

“I’m thankful that this show can reach
multitudes across the country and around the
world, providing great music and information
that inspires listeners to this degree,” McClurkin
said in a statement shared with The Christian
Post as he began his tour on May 6. “We’re reaching millions and looking to reach millions
more.”

A July 2015 Nielsen PPM ratings for adults
25-54 proved that his radio program
outperformed others in two of the country’s
biggest markets, New York City and
Philadelphia, during its 5-6 a.m. timeslot when
it scored a 12.5 share. In August, “The Donnie McClurkin Show” earned an 11.6 share which
have been the highest for WBLS in the early
morning time slot.

“Donnie has the No. 1 radio program in its time
slot in the entire New York radio market. The
current ratings are the highest that I have ever
seen,” WBLS/WLIB Operations Manager Skip
Dillard said in a statement shared with CP last
year.

The faith-based New York City radio show is
broadcast on WBLS and has the highest ratings
in two of the country’s biggest market cities for
both July and August. McClurkin’s show is also
broadcast in Philadelphia on WDAS which
grabbed 10.1 shares and a No 1 ranking, along with WWDM in Columbia, South Carolina
which had a 26.1 share and No. 1 ranking as
well.

McClurkin has been touched by the power of
gospel music and previously told CP why he
believes fans of all types of music can still
appreciate the musical genre in which he has
made a name for himself.

“Just like some of us gospel heads, we
appreciate the Beyonces, we appreciate the
creativity of the Ushers and folks like that
because music attracts musical people.”