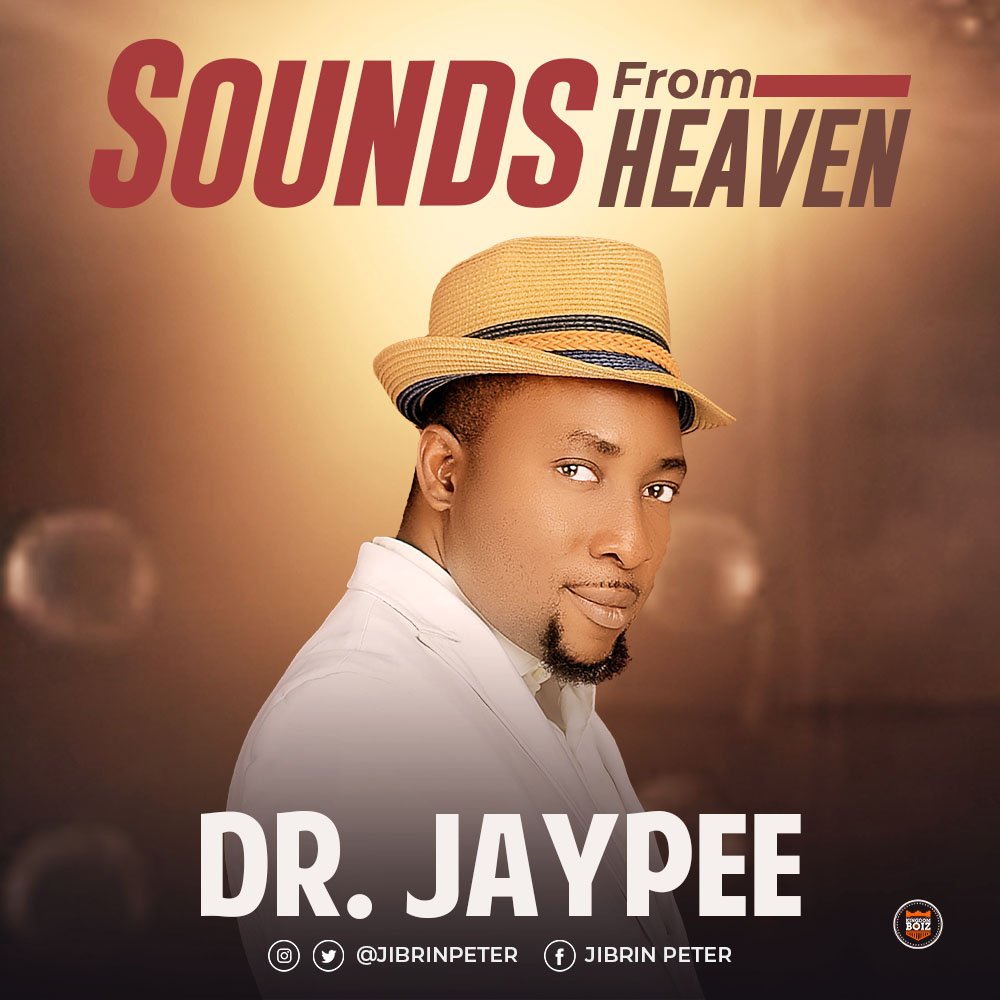 After such hit singles like Oghene doh, Risen Lamb of God and No Other God, Minister JayPee is out with his debut album titled “Sounds from Heaven”, together with the official video of one of the hit tracks in the album “In You”.

“The tracks in this album were all purely inspired by the Holy Spirit who has ordained them to be heavenly sounds to bless worshippers across the globe at such a time as this” says Minister JayPee.

As a seasoned medical doctor and ordained pastor, he believes that it is God’s will for every believer to experience days of heaven on earth, according to Deuteronomy 11:21, and to keep walking in the reality of their heavenly heritage by trusting absolutely in the immortal, invisible and only wise God, creator of the heavens and earth. 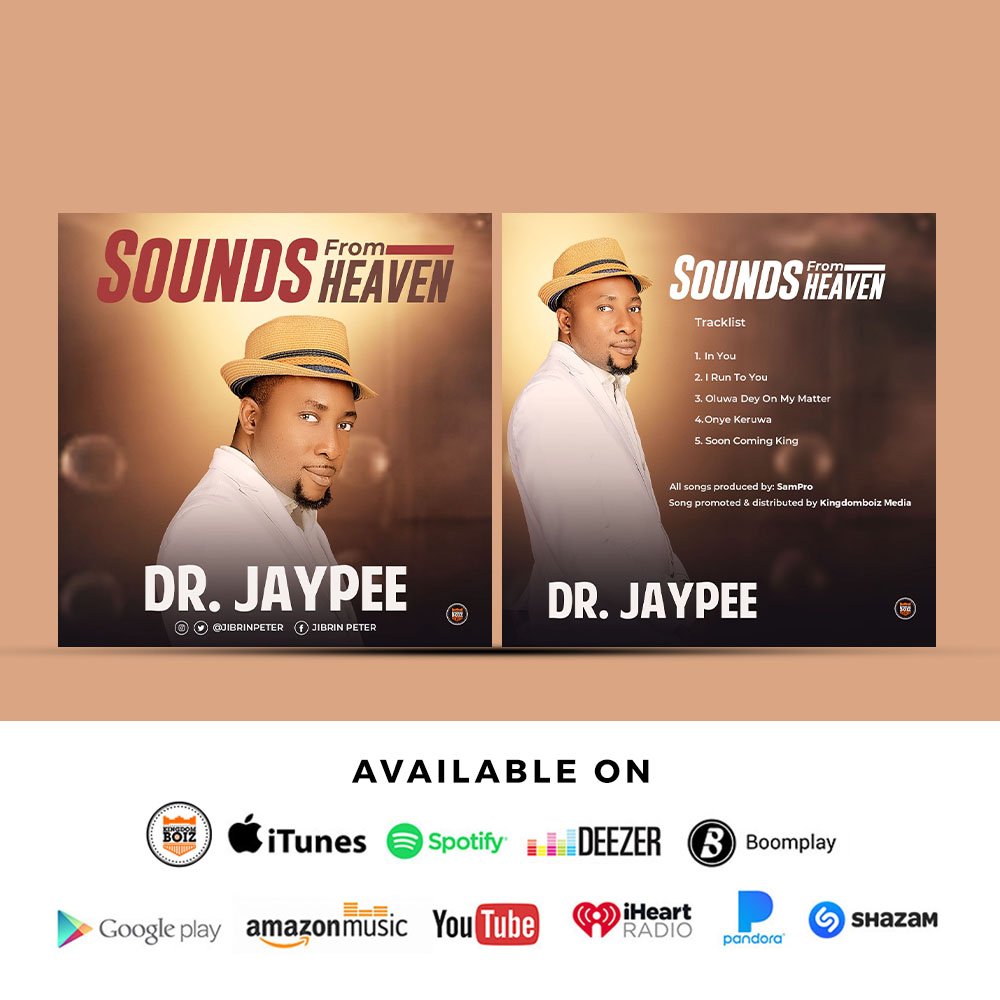 It is his conviction that the experience of days of heaven on earth before the return of Jesus, the Soon Coming King, will be impossible without the ministry of the Holy Spirit, to whom we should continually run to, and that as long as the triune God is involved in our affairs, no matter the challenges we may face, we shall prevail over all trials and storms of life as ‘more than conquerors’ (Romans 8:31, 37).

Like Elijah told king Ahab 1 Kings 18:41, the Sounds from Heaven Album is a sound of abundance of rain; the rain of testimonies, abundance, supernatural turnaround, breakthrough and increasing revelations of the Holy Spirit. 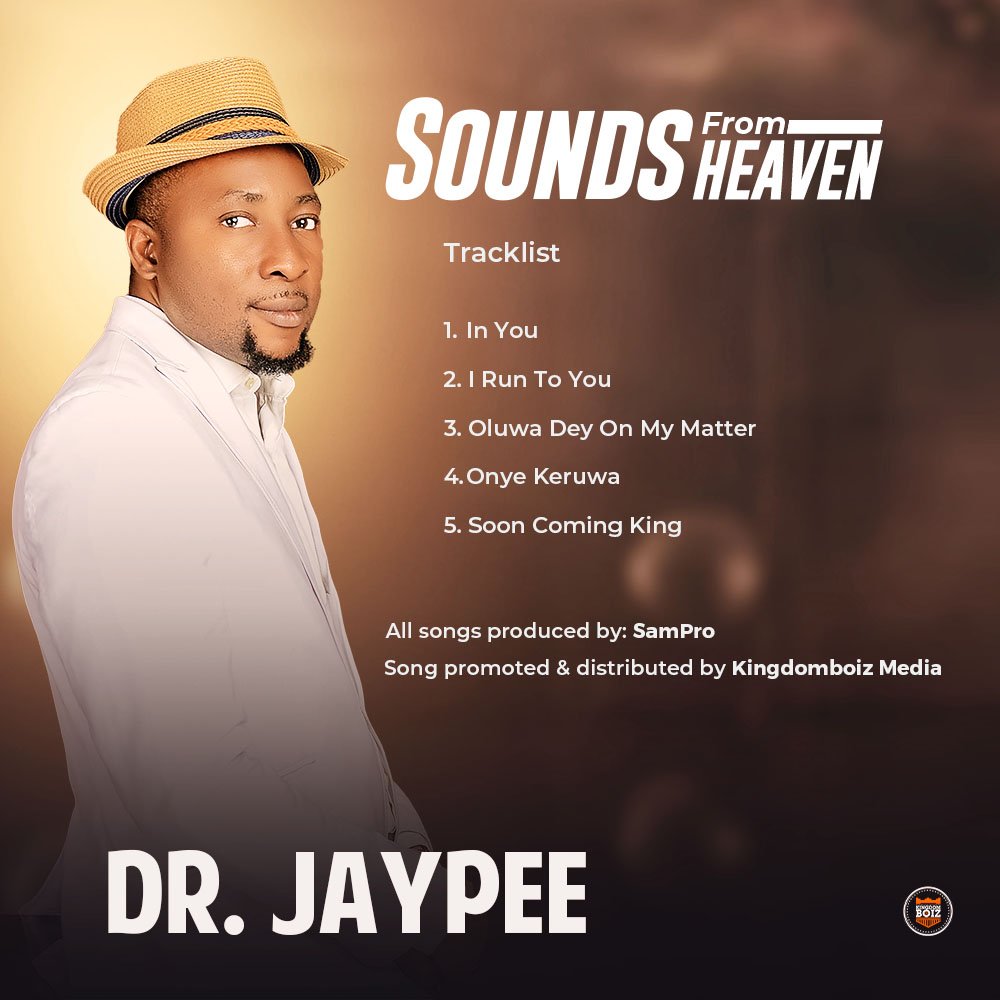 It will flood every heart and every place where it is played with the presence of God and activate the cloud for the downpour of heavenly showers of blessings.

1. Oluwa Dey On My Matter