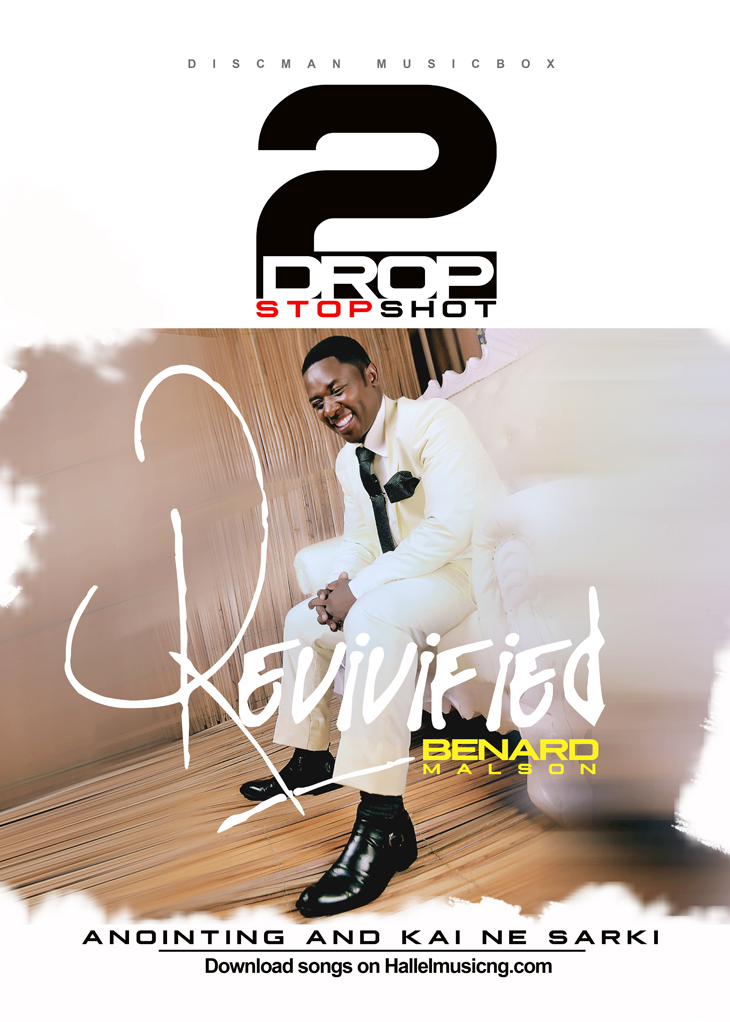 Without exaggeration, every artiste wants to keep the pace of their album release between one and two years, three at most.  Benard Malson apprehended a truth, says “recording music for me, is more of deep intimacy and worship of the father.  I hate trying to write and to compose songs” he added.

Benard, with over four albums vanished after the release of SABUWAR WAKA in 2013, until now. The evidence of His disappearing act is worthy.  A deliberate Eight tracks album from the light of Christ titled ZUCIYA TA [My Heart]. Produced and Engineered by Ebenezer Iriemi through his silent years.

He left music, stage, event, the street and even the internet. Some people said “He ran out of songs” others said “he was actually out for money and concluded he got it due to his involvement in the Nigerian Aviation Sector as an aircraft engineer”, I thought he was looking for means to make both end meet with his talent too, but when I sat with him, I knew God shot him up to bring him this far. “Chris Victor Ikom [CEO DISCMAN MUSICBOX].

Album will be on sale at www.Hallelmusicng.com

With more than four original albums to his credit, Benard Malson has captured the public’s attention like no other contemporary gospel singer of his time, enchanting audiences worldwide with his breathtaking playing and one of rare beauty, as performed on his launching on Sunday 27 may 2012 at COCIN Curch, Bokos Jos plateau Nigeria. Equally at home as a soloist and his church band leader, Ben has earned countless awards and honors for his work as a concert stage performer and recording artist. Ben has been recognized as a Young music Leader by First English Baptist Church Mando Kaduna Nigeria, he serves on the music committee of  F.E.B.C and most recently was named to the board of directors of the church music program planning commitee.Johnson Sunday the presenter of Songs of Inspiration on Capital Sound 90.9 Kaduna Nigeria has said “Benard Malson is dazzling,” while Musicbox Management Post has heralded Benard Malson as “one of the finest, mortify, devout and consecrated musicians of his generation.” Benard Malson on an interview with Sort Magazine on Saturday 20th October 2012[14:00 GMT) said  ” I will be in the studio with my producer (Ebenezer Iremi ) for a new follow up single titled Mai Girma on 24th of October 2012, this track has a laid-back vibe reminiscent. A core worship  that will tie in your spirit with God’s presence” he also said “since the voiced the last track (kuyi lura) in my recent album (Sabuwa Waka) I have been on musical tour with my band within the country” He quoted “tour! tour!! tour!!! Lord give me more strength and grace to touch more lives with my gift (songs)” Mai Girma serves as more of an inward worship also a showcase for Benard’s vocals on the verses before bringing the full band in for a sweeping chorus. Another one that could really find a following on tour.
About the Artist

A young spawning vocalist, performer and songwriter who grew from as child in the Northern part of Nigeria. He’s been singing right from his childhood as a church boy. Find out for yourself what he is up to.