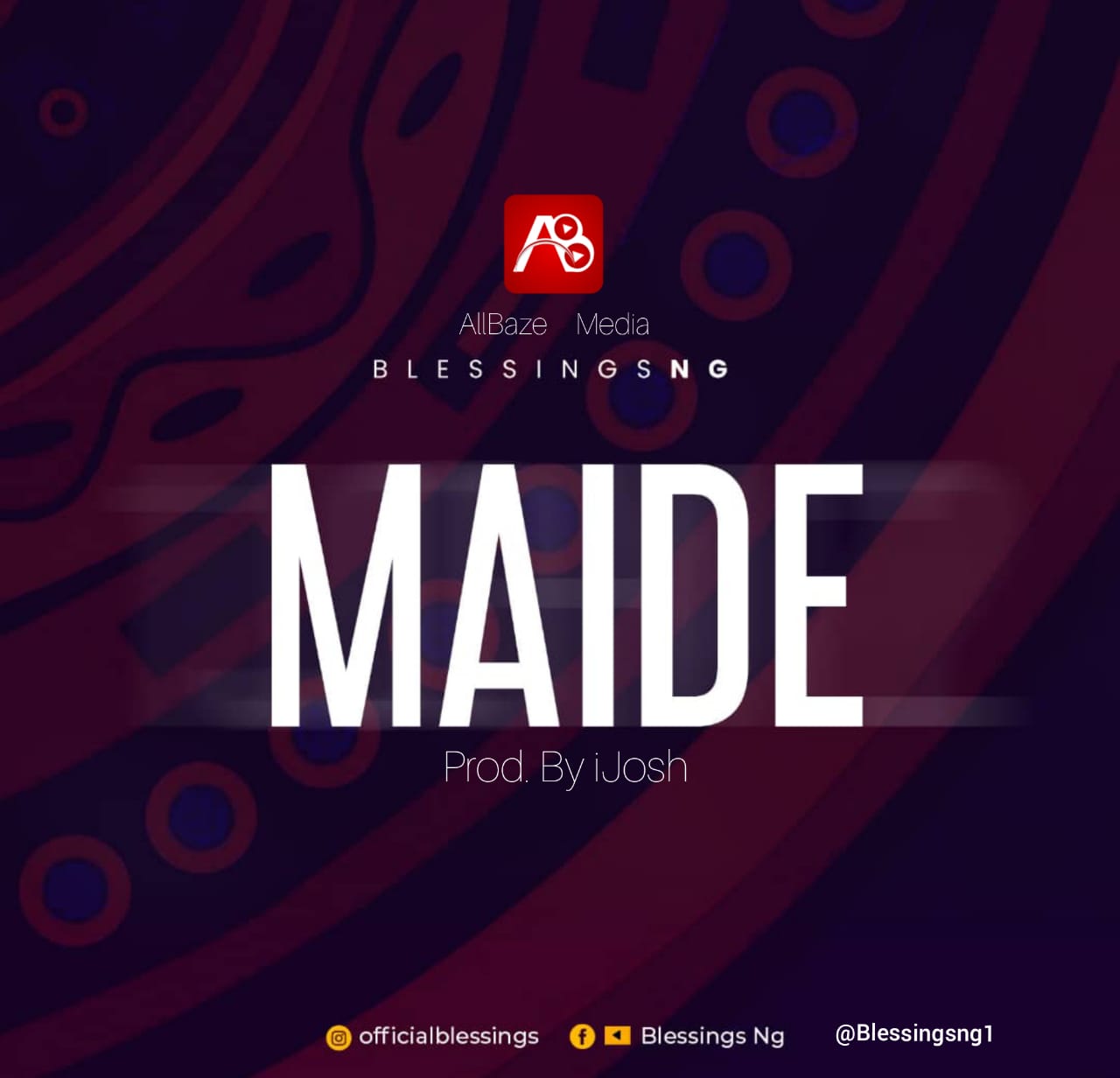 Gifted Nigerian songstress, Blessings Ng comes through with a new worship song titled “Maide”. It was produced by iJosh under the AllBaze Media Lagos Studio. Remarkably, this is her first single after the release of her debut album, “Jesus Has The Final Say”

It also serves as a follow-up to her recent single “His Name is Jesus ”. Minister Blessings never looks back with several hit songs to her credit such as Ogini, Chimobimo, If E No Be You Jesus, etc.

“Maide”, according to Blessings was inspired from a heart of gratitude to God. In her words, this chorus was one of the Esan worship songs my mother used to sing back in the day. Looking back at where I was before and where God has brought me and where He is taking me, I just have to express my gratitude to God with the song and also to encourage you to do same. God can never fail, despite the tribulation of this world, His word stands sure.
God is always there to lift you up.

This new song is accompanied by a music video directed by David Cliq under the AllBaze Network.